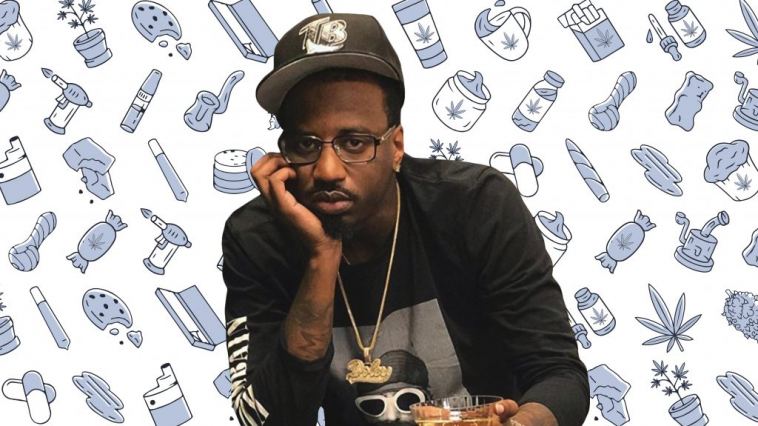 Doley Bernays is a rapper from the Bronx, New York that you should be listening to right now. He popped up in my Spotify Discover a few weeks ago, since then, there hasn’t been a single morning that I haven’t played “New Bosses” like all my dreams are possible. Doley has that special gift of turning his real life perspective and  experiences into relatable content that the world can feel. It’s a style of  content that can only be described as “real shit,” which is something the Bronx native champions in his music.

On making music, Bernays said, “This woman had DMed me, she had lost her one-year-old son. I had this song called ‘I Know Pain‘ because my son had epilepsy and in the song I was talking about that, just the battle of the mental state, this was when my son was a kid and was having seizures. And as a parent, you’re in a state of confusion, it’s not something you can plan for, or something I can block him from. She said she had a similar thing when her kid died naturally, and she listened to ‘I Know Pain’ on repeat every day for a year straight and it got her through it. And shit like that, I just realized, if you talk about your real life, you never know how many people are going to be affected by that. So I just try to keep it in that realm.”

Recently, Bernays dropped his newest album Lobby Tape Side A, which follows his journey through his projects in the Bronx, and honors the life of his late brother Muddy who was murdered in their project’s lobby. “The cover is in the building. That’s the real building, my [late] brother Muddy’s lobby, that’s where we were raised. I wanted people to get that feel for my hood, cause I come from a whole different place. I just wanted to really show where I’m from, I just wanted to walk y’all through my building. Literally, that’s what the whole tape is, I’m walking [people] through the projects, letting [people] know what that shit is like.”

Bernays really wanted this album to have a gritty feel that matched the look of his lobby. Something people could not only hear and see, but also feel. “I try to craft my shit in such a musical way, but in this one I really wanted to tap into the Mac & Cheese era, the Dedication Wayne era. I’m going to do original beats, but I wanted it to sound as grimey as my lobby. I didn’t do the pretty mixes.”

Bernays’ Lobby Tape Side A is available on all streaming platforms now.

In addition to making music, Bernays smokes hella weed. “I’ve been smoking so long that shit is my norm. It’s almost a part of my day, like getting dressed in the morning. Everything is normal for me when I’m high, I guess that’s the benefit. It makes me feel normal. I ain’t never had no reason to stop smoking since I started.”

When it comes to preferred consumption methods, Doley is all about the flower. “I seen someone take [a dab] and pass out early in the game. I was like, ‘I’m not smoking that shit.’ And honestly, I grew up around mad crackheads, so I don’t like pipes and shit. I don’t do edibles cause I look at them edibles like a roller coaster: once you on that ride, if that’s shit going bad and I feel like, ‘Oh nah, this getting me too high — I can put it out,’ I can’t do that with an edible. And vapes, I don’t even do that, cause why do that when you can do the real shit? I’m really just on some natural weed shit.”

Here are the 4 weed products that rapper Doley Bermays can’t live without.

“I smoke Gorilla Leaf with some papers. That’s how I do all my blunts. If I don’t got no Grabba leaf or some fronto leaf, just forget about it. I can’t smoke straight joints, I be feeling like I’m smoking air.”

“I can’t live without the Grabba Leaf, with papers. I gotta have some papers to roll with it, and it’s gotta be RAW, not them little shits. I hate when I end up with those little ass papers.”

RAW is a smoking accessories brand that makes papers, cones, trays, and pretty much anything else you need to smoke.

Bernays was smoking Gelato when we spoke, however, he doesn’t really have a favorite strain. Just a favorite type: indica-dominant hybrids.

“Nowadays, [growers] just be naming [strains] anything. I need some strong OGs, some indicas, or indica-dominant hybrids. If I’m going to cop from a dispensary, I don’t even want to see anything under 30% THC, don’t even show me that shit. Give me everything over 30% THC that’s an indica all the time. Because the strains change all the time, and even with the strains, you might get a bad batch. And as soon as a strain starts popping, you start getting synthetic ones. No strain can go that long without motherfuckers making a fake one.”

“And lighters — that’s all I need: some bomb weed, leaf, papers, some lighters, what else do you really need?” 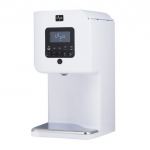 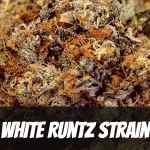