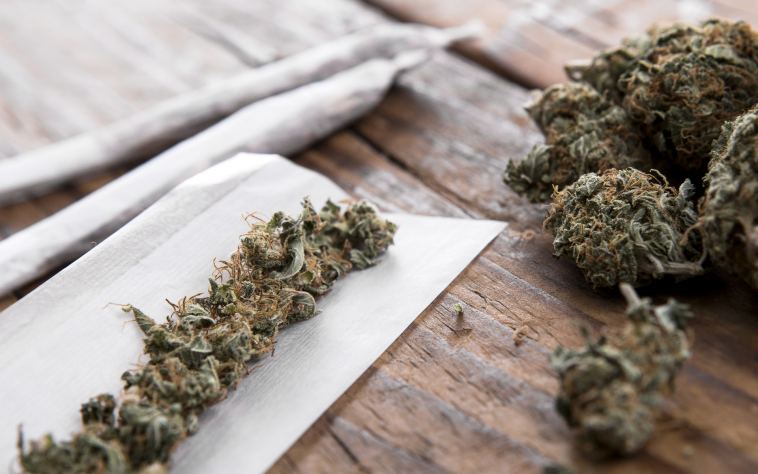 Two years ago I was on a weed tour in Washington state when I was given a piece of cannabis history: a mylar bag with two grams of flower harvested July 3rd, 2014—some of the first-ever legal weed sold in Washington.

The strain was Pitbull, from CannaSol, and the weed was so first-ever-legal, the brand name on the bag was literally “Legal Weed.”

With such an historical artifact in my hands, I knew I had to smoke it. I decided I’d wait until July 3rd, 2019 to smoke it and see if five-year-old weed still gets you high. But because I’m a stoner, I forgot while smoking fresher, better weed, and the date sailed.

So on year six, all alone in my apartment during a global pandemic, it was time to finally crack that bad boy open.

Has THC gone down in six years?

Before I smoked the sample, I thought it would be a good idea to get it tested for cannabinoids and terpenes, so I took the batch to Confidence Analytics, one of Washington state’s premier cannabis testing labs. They went wild because they actually tested that Pitbull sample when it was harvested back in 2014.

Originally, the Pitbull sample tested at about 14% THC, with no terpene data provided. When we tested the sample again on September 19, 2020, it tested at about 8% THC, with dominant amounts of terpinolene, pinene, and caryophyllene.

Pitbull is an indica. It was bred by crossing P-91 with Sugar Plum, and its buds normally produce a sweet and fruity terpene profile. People often say the smoke tastes tropical and skunky, and Leafly reviewers say it makes them feel relaxed, happy, and sleepy.

While Pitbull is expected to be sweet and delicious, the one-gram joint of 2014 weed I smoked was anything but that. If you’re wondering if age affects the taste of weed, the answer is: definitely. And not in the “Napa Valley vintage wine” way, but in the “Oh my god, nah, put that out” way.

My first sniff of six-year-old weed gave me two thoughts: either the terps are completely gone and this is just the smell of old, dried up weed, or when Pitbull is freshly cured, its aroma is earthy with a slight hint of citrus. One toke showed me it was the former.

Though the six-year-old weed smoke was surprisingly smooth, the taste absolutely sucked. The flavor was a mix of mint and menthol, which are literally my top two most disliked flavors of anything, and it left me judging cigarette smokers even more than I do already.

Given its age, I expected the weed to taste terrible, but its effects were a surprise. Though I wasn’t anywhere near stoned, I was slightly high enough to tell that when that Pitbull was fresh, it was definitely some cake. The high left me with a somewhat sleepy haze in the head that made me want to take a power nap.

So does six-year-old weed still work? Absolutely. It has THC in it and THC gets you high, so even the smallest amount will still yield some changes in your body. However, the older the weed, the less cannabinoids and terpenes in it, which means effects will be weakened.

I personally don’t buy anything that was harvested over three months ago. Usually when I do, the weed is completely tasteless and the effects fall so flat I’m left wondering why I keep spending my hard-earned money on rolling the dispensary dice.

“We’ve done studies on [cannabis] that was tested 180 days down the line, and there is a drop in time on cannabinoids that we have seen. There was talk of the [Washington state Liquor and Cannabis Board] putting a shelf life of one year on [Certificates of Analysis], but it never passed,” said Pat Reynolds, Operations Director for Confidence Analytics.

Though it is possible for weed over three months old to still be high quality, flower needs to be stored in proper conditions, not in bins under the counter or in the back room.

How do you store weed long term?

Storing cannabis in a cool environment, inside of an airtight container is the move. It ensures your cannabis doesn’t get dried out, which keeps the flower’s trichomes from flaking off. Proper storage preserves quality, i.e., keeps those cannabinoids and terpenes from depleting, so even months later, you can still enjoy high-quality weed.

With advances in technology that have come with legalization, many producers use dark, temperature-controlled rooms to store cannabis for long periods of time. At home, glass mason jars in a dark cabinet work wonders for weed preservation.

Just yesterday I smoked a blunt of homegrown Smarties that was harvested over a year ago. It got me so high I immediately went home and took a five-hour nap. And it had just been stored inside an airtight bin in a cold garage space.

Can six-year-old weed still get you high? originally appeared on Leafly.com