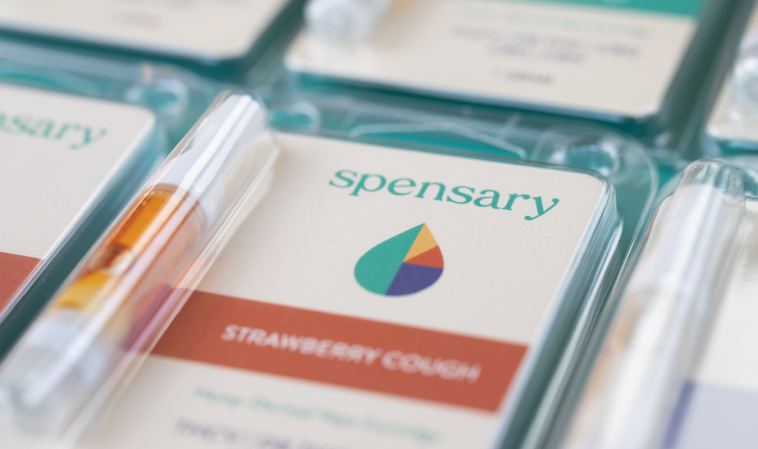 How Spensary builds the perfect effects from the ground up.

Maybe you’ve heard of rare cannabinoids like CBC, CBN, and CBG, or tried them in your CBD products. Delta-8 THC is gaining traction for its psychoactive effects similar to standard THC.

But in the cannabis plant itself, all these cannabinoids are just part of a vast ecosystem that gives different strains their own unique effects. When you start fine-tuning different cannabinoid combinations, the question stops being what each cannabinoid does, but what different teams of specific cannabinoids can accomplish together.

Online hemp product retailer Spensary is invested in what makes each individual component of the whole plant tick, obsessively adding and subtracting different cannabinoids in potential product formulations to see how they play off one another. With the advent of hemp-extracted delta-8 THC, which has psychoactive effects similar to standard THC, the possibilities are even more endless.

“The dream for me was to see if I could tailor a high,” says Spensary CEO Alex Jacobs. “I get a lot of anxiety from some cannabinoids, and the thought is that maybe there’s a better combination out there and that it’s just a matter of experimentation to discover that exact combination that works.”

“It finally came together once the delta-8 THC boom started, and I realized that I could create something special from it,” he adds. “Running parallel to that is a lot of extraction of other cannabinoids, and now that we have our hands on all these additional individual ingredients, we can actually start that experimentation, and the real fun begins.”

Some cannabis strains come with a greater risk of anxiety or couch lock, while others provide invigorating highs or chill vibes. This is because of the entourage effect: Each element of the cannabis plant, including cannabinoids and terpenes, works together to create effects greater than the sum of their parts.

While studies on the entourage effect were first published in the late 1990s, the 2018 Farm Bill and the current wave of cannabis legalization have given more chemists than ever the opportunity to take the plant apart and put it back together again. Just as important, they can also try the finished result.

Cannabinoid isolates allow the Spensary team to fine-tune their products to the closest detail, noting how each one plays off the other. Then they use themselves as guinea pigs.

“I’ll sit down with a pad of paper with a picture in my mind of how the cannabinoid molecules behave, what their effects are, and how they’ll stimulate and interact with each other,” explains Jacobs. “I’ll create samples with half the amount of CBC in one and double the amount in the other so we can see how these effects compare, relationally. And then everyone’s going to try it on the team.”

That careful experimentation process delivers great results: Painstakingly crafted products that bring out the best in each cannabinoid.

“We finally get to custom tailor cannabis products based on cannabinoids and not just terpenes, or sativa, indica, and hybrid,” says Jacobs. “We’re thinking so much farther beyond that now. And we have so many more possibilities when we start working with lesser-known minor cannabinoids.”

THCV and delta-8 THC vapes for a stimulating experience

Delta-9 THC is widely known for causing the cannabis “high,” but it’s still prohibited on a federal level. Delta-8 THC has its own, milder euphoric effects, but it can be derived from hemp, meaning that delta-8 THC products are considered legal hemp products under the 2018 Farm Bill when they contain less than 0.3% delta-9 THC. It teams up with THCV for an invigorating daytime vibe. A blend of CBD and minor cannabinoids like CBN and CBG help the delta-8 from getting too wild.

“We have enough delta-8 in there so that you certainly feel something, but this product isn’t about getting you inebriated,” says Jacobs. “The other cannabinoids actually temper it and make it more comfortable.”

That perfect blend of cannabinoids comes in four classic strains with their own sets of terpenes: Jack Herer, Gelato, Strawberry Cough, and Northern Lights. 510 threading means they’re compatible with most vape batteries.

THCV can boost energy, stimulation, and focus, but it needs a little activation from other cannabinoids. Normally, THC would do the trick—but that comes with euphoria, which isn’t always great for staying on task.

Using their careful process, the Spensary team found that CBC also activates THCV, but keeps the mind clear. So they created Pep-Permints, a combination of CBC and THCV that eliminates brain fog and increases productivity.

Each mint contains 5 milligrams of THCV and 2.5 milligrams of CBC, along with a small amount of CBD—and absolutely no THC. And there are third-party lab results you can trust to prove it.

Spensary’s offerings go far beyond those two daytime vibes. CBN and delta-8 work in harmony for the perfect sleep tincture and vape cartridge. CBG gummies get a skincare boost from collagen. Even if you just want plain delta-8, some tasty strawberry gummies will deliver. Check out the full lineup at Spensary.com.

Is a combination of THCV and delta-8 THC the secret to the perfect vape cartridge? originally appeared on Leafly.com