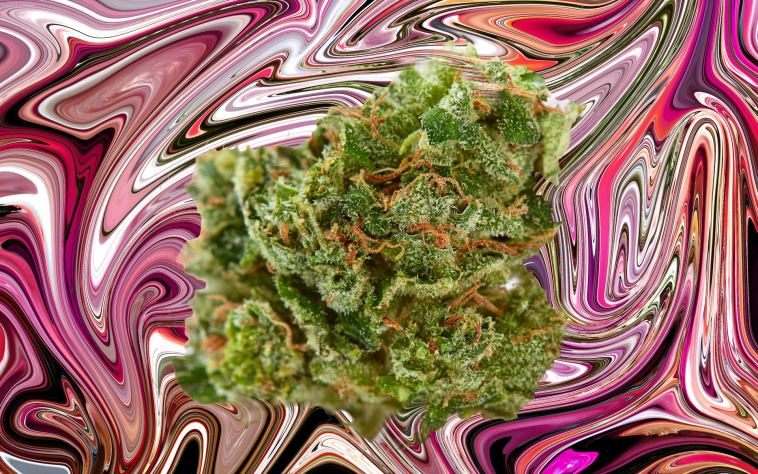 Obama Runtz, what is it and where did it come from?

While Atlanta isn’t exactly known for originating exotic cannabis strains, it managed to birth one of this year’s hottest new strain names thanks to a viral video. In 2020, Obama Runtz became a national phenomenon, but finding where it all got started requires a deep dive into the world wide web.

Obama Runtz isn’t botanically linked to the real Runtz strain (a fruity hybrid of Zkittlez and Gelato) nor is this mysterious new breed related to Obama Kush (an indica-dominant hybrid). Still, Twitter and Google searches for the term spiked in May 2020 thanks to this viral video:

The origins of Obama Runtz

The viral video stars an unknown young man in Atlanta’s Magnolia Park Apartments warning his social media followers of a local hustler. The man was repping rapper Lil’ Baby and pushing a brand of exotic weed he’d never heard of.

Understandably, social media couldn’t get enough of the video. Whether it was a true story or just for laughs, the name instantly became a hit.

Newsweek hilariously tried to place the term into context for political followers who didn’t understand why it was trending under politics on Twitter, but the only answer was that the culture had taken it and ran.

Later in the year, a few rappers included Obama Runtz in their songs, including Atlanta MC’s Money Man and TEC rapping about “blowin on Obama Runtz up in the conference.” Trapboy Freddy said “I was ‘posed to have a plug on the Obama Runtz, but that n*gga was stuntin’.” And Runtz crew member Yung LB even released his own spin on the sensation with a song titled “Obomba Runtz.”

From t-shirts to smoking accessories, the legend of Obama Runtz has continued to spread like wildfire in the streets and on Youtube.

A realistic grow schedule wouldn’t allow even the fastest farmer to cultivate and distribute a strain inspired by our young friend’s May 2020 video already, but that doesn’t seem to matter.

Find authentic Runtz at a dispensary near you

Even with all the evidence, a few naughty smoke shops started selling empty Obama Runtz bags, allowing marketing-savvy locals to label random products as Obama Runtz and set the price as high as they wanted.

A strain for dreamers and schemers

If you paid $100 dollars for an eighth of the legendary Obama Runtz, you’re just gonna have to take comfort in the fact that you were a part of weed history and save the buyer’s beware tale for your grandkids.

My own suspicions are that the strain that people call Obama Runtz is a mix of Afghani and O.G. Kush. But until Lil’ Baby or his big homie confirm, it’s hard to take offers of the strain seriously.

Looking forward, any growers that can successfully (and legally) brand and scale an Obama Runtz product with national consistency will make a pretty penny.

We just have to insist that they find our young friend and cut him an endorsement deal fat enough to buy his own 4PF chain.

What happened to Obama Runtz? originally appeared on Leafly.com