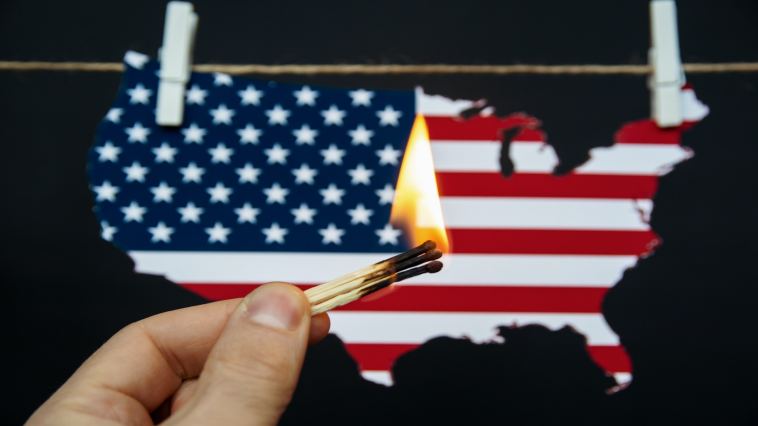 Robert Gieswein, a 24 -year-old Colorado man, currently sits in jail awaiting trial on charges of assaulting police with pepper spray and a baseball bat in the Jan. 6 insurrection at the Capitol Building.

A number of photographs appear to capture Gieswein marching with a group of Proud Boys and storming the Capitol on the 6th. He’s decked out in paramilitary style, including fatigues, flak jacket, goggles, and combat helmet. Federal prosecutors accuse him of being one of the first rioters to breach the U.S. Capitol that day.

Is he seriously blaming the weed?

In his legal motion to release Gieswein from jail, the Proud Boy’s lawyer apparently leaned into a too-stoned-to-be-responsible defense.

That is, to say the least, a creative claim of non-responsibility.

It’s unclear whether the judge was meant to conclude that Gieswein was just joking, or mentally incapacitated, or that Giesewein was so stoned on Jan. 5th that his intoxication carried over to the 6th, when he allegedly assaulted police officers as part of the Capitol insurrection.

Giesewein’s lawyer clearly banked on the judge having zero experience with cannabis. Because those theories are ludicrous. They aren’t without precedent, though. The myth that cannabis smoking causes a consumer to go off the rails on a crime spree is one of the oldest canards in the reefer madness playbook. It literally reaches back to the time of Harry Anslinger.

To help the cause of justice, dozens of cannabis-experienced citizens clapped back. The string of responses to MacFarlane’s original tweet made for some of the weekend’s most entertaining reading. Here are but a few choice selections.

A Proud Boy claimed marijuana made him storm the Capitol. Stoner Twitter owned him originally appeared on Leafly.com