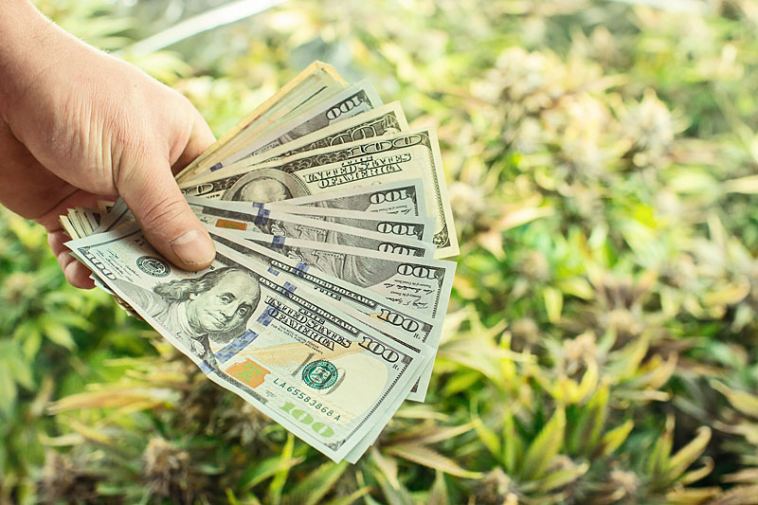 The history of marijuana cultivation has been surrounded by mystique for as long as the plant has been grown and sold under the black market. Stories of cultivators buying old houses in California’s bay area, or acres of land in California’s Humboldt county and turning them into grow operations for cannabis have intrigued novice growers and experienced horticulturists from around the country to pursue Marijuana growing jobs. Marijuana grower salaries have always been sort of difficult to pin down, especially since compensation is not only awarded based on hourly wage or salary, but in bonuses as well.

For as many big fish stories of growers raking in millions by selling their crop, there are just as may real accounts of dedicated growers working their fingers to the bone to bolster their plants from seed to successful crop for a fraction of the earnings.

One thing that all serious cultivators looking to make high marijuana grower salaries know are the differences between cannabis strains. Strains can be broken down into three major categories and then further specialized into many individual strains. Each strain produces different effects that greatly influence the kind of high or medical treatment customers and patients experience.

Indicas are upheld as couch-lock inducing strains mostly used for sedation and relaxation. In terms of plant appearance and genetics, indicas are bushier and shorter than most sativas and hybrids. On the contrary, sativas produce cerebral, energetic and uplifting highs that are used to treat depression and spur creativity. These plants have pointier leaves and grow taller than indicas. Not surprisingly, hybrids appear along the spectrum between the two former strains as they are created from genetic and geographical mixing by growers.

Hybrids are beneficial as they provide dual effects from both strains in different proportions, and are great for recreational smokers looking to experience a unique high. While also used by medical patients, these individuals still value the hard lined differences between sativas and indicas, as they allow for more specific, accurate courses of treatment.

Whereas traditional outdoor cannabis cultivation is carried out using soil, hydroponic growing is soilless and involves transferring nutrients directly into a plant’s root system. This process is frequently used by present day cultivators looking to grow a consistent, significant crop, without the climate, nutrition and increased pest-related risks associated with outdoor growing.

Classically, hydroponic growing simply involves suspending a plant’s roots into water and creating a nutrition plan to introduce into the solution that allows the crop to grow forcefully and healthily. As the cultivation process has advanced and factionalized over time, different hydroponic growing practices have arisen that individual companies and cultivators swear by.

When starting a grow operation from seed, growers are given the opportunity to influence the vegetative and mature growth of cannabis, before making clones. Simply put, cloning is the relatively easy processing of cutting off parts of a cannabis plant and allowing these cuttings to form roots of their own and grow into an exact genetic copy of the parent plant.

Many clones can be taken from one healthy plant, though the resulting female crop will be one, unanimous strain. Cloning can be done simply by using a sharp pair of scissors, starter cubes and growing jell.

In order to make significant marijuana grower salaries, cultivators must be confident in their ability to effectively transplant young cannabis plants from smaller containers into larger containers and other environments that allow them to grow vigorously and successfully meet maturity.

Transplanting is a key process in producing a viable crop and can truly make or break a grow operation’s success. If the transplant goes well, the crop will have the nutrition and room it needs to bolster its own growth. If done improperly, the plant will go into shock, which greatly reduces its chance of bearing usable flower or surviving at all.

Once a crop has reached maturity and has produced many flowering buds, it’s high time to consider harvesting. It can be tricky to tell when the best time is to clip the ripe smelling colas from the rest of the plant; but never fear, the answer lies in the trichomes.

The goal when harvesting is to avoid doing it too early, or too late. Plenty of growers have different ideas about what flowers should look like and smell like to reach optimal compound concentration. Naturally, growers want to maximize the levels of THC, CBD and terpenes present in each flower before the plant is exposed to too many factors like light and oxygen and compound levels become less effective. A good product makes happy customers and brings in higher marijuana grower salaries.

Trichomes are small resin saturated hairs that change from white to a darker reddish amber color. Once it has reached this stage, you know it is time to harvest. Letting it go any longer will produce more indica-like effects, including lethargy and anti-anxiety.

After a crop has been harvested, cultivators must decide how they want to carry out the trimming process. Depending on the financial resources, staffing needs, and set up of the operation, growers engage either in wet or dry trimming.

As the names suggest, wet trimming is when excess plant matter is removed from trichome-filled flowers before it is cured; dry trimming is done after the curing process is finished and is much more difficult for human hands to do alone.

For operations using wet trimming methods, it’s likely they have hired real people to snip away all the fan leaves, sugar leaves and other unnecessary plant matter to produce the most highly concentrated, aesthetically pleasing final product possible.

Dry trimming is chosen when operations can afford to purchase a machine trimmer, which is more adept at the job than real people, who would likely have to spend more time fumbling around with the dry leaves. Even in situations where cultivators can afford machine trimmers, some choose to keep with standard protocol in order to create jobs for workers. While trimming may not offer one of the highest marijuana grower salaries, it’s a great place to start. See our Marijuana Bud Trimmer Salaries article for more specific information on cannabis trimming pay.

Depending on what you’re heard (or who you’ve heard it from), growing marijuana can seem like both a simple or elaborate task. Frankly, it can be both at the same time. One the one hand, cannabis flowers actively want to grow and will grow vigorously in the right conditions. Conversely, in order to achieve the perfect mature cannabis flowers, a lot of detail must go into creating and maintaining very specific protocol for feeding, watering, heat, sun, humidity and more.

Marijuana grower salaries are awarded based on the hierarchy of cultivators employed in the operation. Grow masters are ultimately responsible for managing and caring for the entire grow operation and leading a group of assistant growers in maintaining the plants.

When it comes to major grow operations, master cultivator responsibilities are diverse and many. In contrast to home growers cultivating a few plants, master growers can taste the difference between a well cultivated crop and a very well cultivated crop. They understand how these seemingly minute differences between the two can vastly impact the success or failure of the product once it is processed and distributed.

Master growers are constantly having to test their products and determine the efficacy of their growing program in producing an effective product. Under the newly legal cultivation sector, growers send out their products to third parties for quality assurance and to make sure they are abiding perfectly with regulatory compliance measures.

This is perhaps the greatest difference between black market operations of yore and legal ones. Cannabis regulations are no joke and any grower who fails to follow protocol perfectly could be personally fined or jailed, as well as contributing to an entire grow operation being shut down.

Large scale and smaller legal grow ops undergo inspections by regulatory boards armed with a long checklist of compliance measures that each require individual attention. In all honesty, legal growers are pushed to their limits by the somewhat suffocating nature of the legislature. Since the industry is still new and is regulated on a state level, there is a lot of room for continued development in ensuring safe growing practices and fair marijuana grower salaries, without overloading well-intentioned cultivators.

To give a better idea of just how numerous the responsibilities of a grower are, grow masters are expected to have significant prior experience as a master or assistant growers at commercial grow operations. Additionally, more and more growers are expected to hold degrees in horticulture, agriculture or an associated program of study. This requirement is not just for show; growers must prove their confidence in problem solving, should any issues with the plants arise.

There is very little room for error in commercial grow operations, so companies don’t want to waste their time with novices or intermediate level employees when seeking a grow leader.

On top of direct cultivation and management responsibilities, grow masters are charged with accurately recording and organizing data across platforms like Microsoft Excel and other spreadsheet and word processing software.

Becoming a paid, legal marijuana grower is a highly sought after position in the legal cannabusiness and comes with high levels of responsibility and equally impressive compensation. While assistant growers often make marijuana grower salaries in the middle to high five figures, grow masters can make as much as $120,000 or more depending on bonuses and state in the grow operation. Of course, being a grow master is not a relaxed job.

The marijuana grower salaries awarded to grow-op leaders are well deserved as the job is all encompassing, stressful and requires both personal and professional time commitments.

Working Your Way Up in the Green Rush: The Future of Legal Cultivation

It might seem like an improbable task to acquire a job as a master grower, but in reality it’s all about dedication, education and making connections. While it’s true that some growers have the financial privilege to attend college or university, many top-level cultivators moved their way up the ranks, starting with marijuana trimming jobs or working as grow assistants before gradually obtaining leadership positions.

The individuals most likely to garner significant marijuana grower salaries are the passionate, curious cannabis lovers and advocates who truly believe in their business. This is not an industry to get involved in solely for the prospective financial reward. Especially since so much time is spent researching and interacting with cannabis, it is essential to have respect and fascination for the plant and its medical and recreational uses.

Furthermore, as the legislation and regulations for cannabis cultivation changes country and statewide, growers must keep on their toes to make sure they continue to keep their heads above water in following any and all compliance measures. The future may be uncertain, but cultivation opportunities are growing as more Americans are won over by this miracle plant.