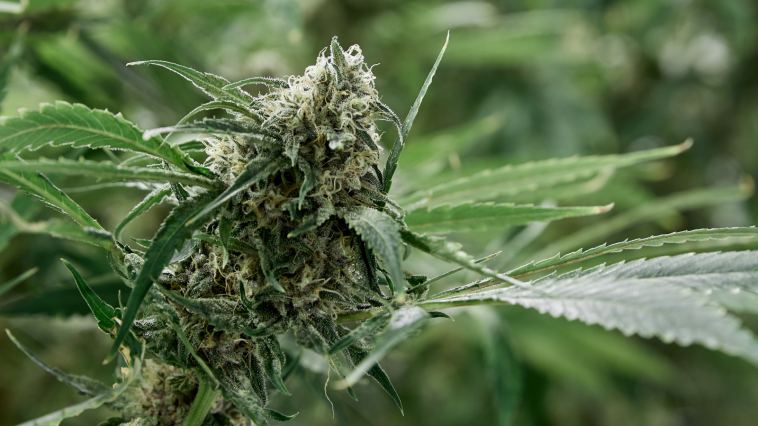 Just two weeks into his short term in the House, a congressman who stepped in to fill the seat of the late Rep. John Lewis (D-GA) has filed a bill to expunge all federal records for people with non-violent drug convictions and also put pressure on state and local governments to do the same.

Rep. Kwanza Hall (D-GA), a former Atlanta City Councilman who successfully sponsored a local marijuana decriminalization measure in 2017, introduced the legislation on Wednesday. Text of the bill isn’t available yet, but the congressman briefly described the proposal in a floor speech.

He said the bill “would expunge all records of nonviolent offenders impacted by the ‘war on drugs’ and other various crime bills for any state and local government that is the recipient of federal crime dollars.”

That latter provision is notable, as expungements legislation that’s been introduced in Congress generally only extends to people with federal drug convictions or provides funds to states to help with any such efforts they choose to launch. Hall’s legislation would take it a step further, presumably by punishing state and local governments that don’t clear past drug conviction records by withholding federal funds from those jurisdictions.

But with about a month left before the end of the session, at which point Hall’s short term will expire, it’s unlikely the bill will advance.

In any case, this isn’t Hall’s first dip into drug policy reform. As noted, he previously sponsored an Atlanta ordinance that removed the threat of jail time for possession of one ounce or less of cannabis. Instead, the penalty for that offense in Atlanta was made to be a maximum $75 fine.

“While this is a significant step forward for all of Atlanta—and especially parents who fear their children may be jailed for what used to be an unjust marijuana law—it was also just a common-sense reform,” he said at the time.

“I don’t smoke weed, but I think this is one thing I had to stand up on,” he said in an interview before the vote. “We don’t need to see people’s live go up in smoke.”

Hall also participated in a policy summit that the Minority Cannabis Business Association hosted in Atlanta in 2017.

Earlier this month, the new congressman celebrated the House passage of a bill to federally legalize marijuana—one of his first votes after being sworn in on Capitol Hill.

Hall’s congressional office did not respond to Marijuana Moment’s request for a copy of his new bill, and the Library of Congress has not yet posted it.

This article has been republished from Marijuana Moment under a content-sharing agreement. Read the original article here.