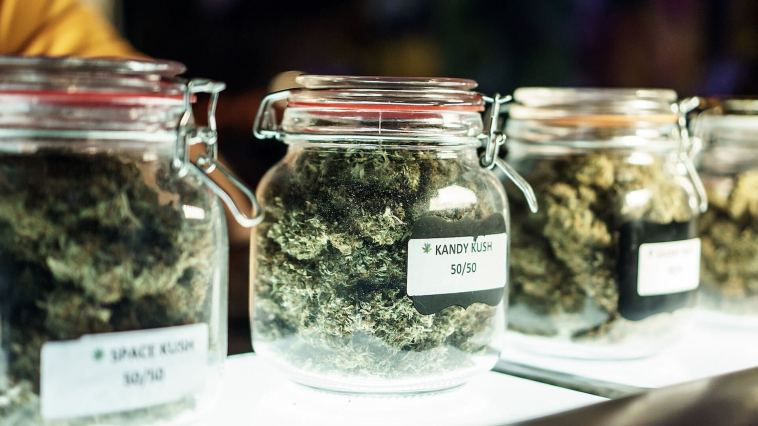 New Jersey’s Cannabis Regulatory Commission (CRC) approved the first 13 dispensaries that will be allowed to sell adult-use cannabis in the state today. Recreational sales to adults 21 and over are expected to begin over the next month. The 13 dispensaries are owned by seven vertically-integrated operators including Curaleaf, TerrAscend, and Columbia Care.

Last month, the CRC was concerned that legal supply would fail to meet consumer demand. They were also worried about the ability of medical producers already operating in the state—known as a ATCs, “Alternative Treatment Centers”—to open their doors to recreational sales without interrupting access for medical patients. There were also concerns that ATCs were shortcutting social equity and labor protections in a rush to welcome recreational customers.

Today, representatives from seven multi-state medical cannabis operators testified before the board with their individual plans for protecting medical access and social equity across the state. The board’s vote granted certifications to all seven companies, allowing them to expand operations into the adult-use cannabis market at 13 of their 18 combined locations.

When and where can people buy weed?

CRC chair Dianna Houenou made clear that the dispensaries are “not authorized to immediately begin,” and must wait until after the board grants their official licenses. Each approved facility must pass a final site assessment from the CRC, pay an expansion fee up to $1 million, and receive their official license before starting recreational sales.

There is no hard date for opening up recreational sales. Each of the 13 dispensaries will open once they have met their license requirements.

Jeff Brown, the CRC executive director, advised that the process could take more or less than 30 days for each dispensary, depending on how quickly they complete their assessments and pay required fees. Once those requirements are met, the dispensary can open to the public.

Only 13 dispensaries received approval from the CRC.

According to a press release from the CRC, “Once they pass operational inspections and are issued new licenses, Acreage CCF New Jersey, Curaleaf, Columbia Care, Verano, GTI New Jersey (Green Thumb Industries), Ascend New Jersey, and TerrAscend will be able to cultivate cannabis, manufacture cannabis products, and conduct retail sales to the general public in 13 dispensaries across the state.”

“Expansion into the adult-use market—with a substantial advantageous start ahead of new applicants—is a privilege that must not be taken lightly,” said Houenou. “We expect these ATCs to uphold their promises to patients and communities; and that recreational customers will be adequately served.”

More licenses are on the way

In addition to approving the expansions for the seven medical producers, the CRC also approved 34 conditional license applications for New Jersey cultivators and manufacturers looking to open later this year. That brings the number of conditional licenses approved so far to 102.

New Jersey is the latest battleground for social equity in the cannabis industry. NJ lawmakers are competing with neighbors in New York to set a new bar for using legal cannabis to address the harm done by the War on Drugs. Their plan is to prioritize applications from business that are majority-owned by residents with cannabis charges, who live in impact zones, or who identify as Black, LatinX, Asian, a disabled veteran, or a woman.