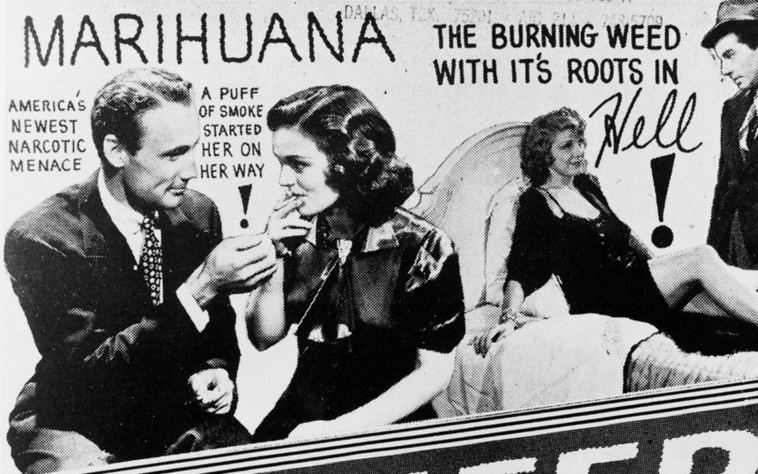 Words have always been frontline weapons in the American war on cannabis.

Back in the 1930s, Harry Anslinger and the Hearst newspapers jump-started prohibition by reframing cannabis, then a common analgesic, into marijuana, a menacing drug that supposedly transformed men and women into violent beasts.

In later decades, people who enjoyed cannabis were officially derided as lazy stoners. Street sellers were demonized as predators.

We’ve come a long way since then—but not in New Jersey, apparently.

In the noise and confusion that always accompanies the passage of a legalization bill, a barely noticed, noxious little clause entered the Garden State’s legal code.

NJ’s new legalization law recognizes that there is “no difference in substance” between cannabis and marijuana. Both words refer to the same exact substance.

Cannabis is legal in NJ, but bad old “marijuana” is not. Are we seriously doing this again?

In other words, just as New Jersey is ending cannabis prohibition, state officials are breathing new life into one of the oldest sources of racial bias embedded in the drug war: The idea that cannabis sold by white people is good, but marijuana sold by people of color is bad.

You must chill: Here’s where to find good weed

This is what you’re repeating, New Jersey

It has escaped exactly nobody’s attention that an overwhelming percentage of business owners and license-holders in the legal cannabis industry are white, while Black people are far more likely to be arrested and jailed for possessing or selling the very same products.

In 2018, Black people in New Jersey were 3.5 times more likely to be arrested for marijuana than white people. That statewide racial disparity actually increased between 2010 and 2018, when other states were legalizing for all adults.

In some local regions the disparity is absolutely shocking: In New Jersey’s Hunterdon County, near the Pennsylvania border, Black people were 14 times more likely in 2018 to be cuffed for cannabis than white people.

Most of the legal cannabis sold in New Jersey (when those stores open later this year) is likely to be sold by white-owned companies. A disparate proportion of the people arrested for selling illegal marijuana will likely be people of color.

Enough already with the stigma

The lawmakers in Trenton who enacted this rule, and the state officials who carry it out, may be acting in good faith. Look, there’s a legitimate need to draw a line between legal, licensed products and illegal, unlicensed products. Otherwise the illicit market will undercut legal sellers on price and entrepreneurs who follow the law will be penalized for doing so.

Many histories have been written about the racist origins and abuse of the word marijuana. Leafly contributor Anna Wilcox noted how Anslinger, America’s original race-baiting drug warrior, testified before Congress in favor of the 1937 Act that instituted federal prohibition:

In another notorious statement, Anslinger warned that “reefer” made Black men “think they’re as good as white men… the primary reason to outlaw marijuana is its effect on the degenerate races.”

Back then, when white men prescribed it as medicine and listed it in the United States Pharmacopoeia, it was cannabis. But when Black people enjoyed it in jazz clubs, it was marijuana. Same substance—but a single word meant the difference between freedom and incarceration.

Here at Leafly, we’re well aware of the complexities that surround the word marijuana. Over the years we’ve waxed and waned on its use. For a while we only used the word cannabis, never marijuana, as a way to pull America out of its prohibition-era stereotypes.

But then we ran up against the reality of language and how words are actually used in today’s world. People often use the terms marijuana and weed when searching for information—not just cannabis. We want to reach those people with our articles, which offer accurate no-bullshit information unavailable on other sites.

So we adapted. We still use cannabis as our go-to word, but we’ll also mix in marijuana and weed now and then so people using search engines can find us.

We’re aware of the complex racist history of marijuana. We also recognize that people may use problematic language without ill intent. Sometimes the modern algorithm-driven world demands that we get comfortable with the tension between history, idealism, and hard reality.

But New Jersey’s distinction between the two terms in this case isn’t a compromise between idealism and reality. This is a purpose-driven change in language, intended to stigmatize and demonize marijuana while elevating cannabis into a clean, bright, and way-too-white space.

New Jersey must change this

Fortunately, New Jersey’s new Cannabis Regulatory Commission (CRC) is one of the nation’s most diverse regulatory boards. Dianna Houenou, head of the Commission, is well aware of the power of words and legal constructs. In her former role as policy counsel for the ACLU of New Jersey, she advocated for cannabis legalization, police reform, and voting rights for formerly incarcerated people. (Formerly incarcerated people, not ex-convicts. Language matters.)

Should the state regulate licensed cannabis and work to migrate millions of illicit-market consumers into the coming legal stores? Absolutely. But pumping new life into this old racist stereotype isn’t the way to do it.

The CRC has its hands full getting New Jersey’s licensed cannabis industry up and running. But this is one change they should make quickly. Dismiss the language of stigma. Demand an end to this stupid and harmful rule. We’re in a new era. Houenou and the CRC have the power to lead and improve their state. They should use it.

Why is New Jersey reviving the old ‘marijuana’ stigma? originally appeared on Leafly.com