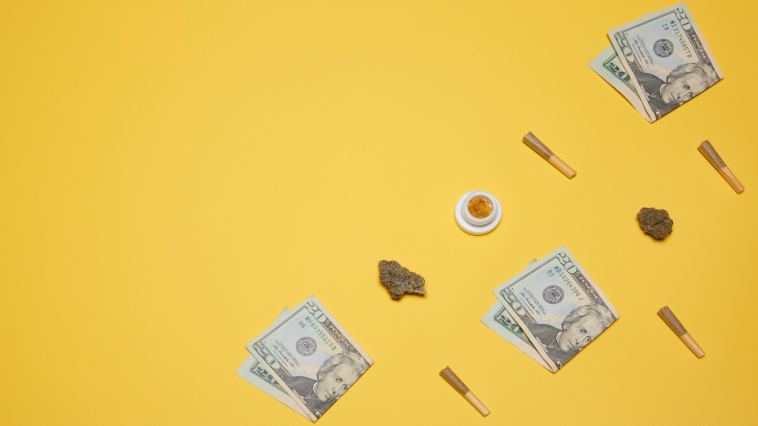 For those entering the wonderfully weird world of cannabis, here is your word of the day: dub.

Back in the days before nearly 34 million Americans had access to legal cannabis, finding, buying, and consuming weed had to happen on the down low. From these secretive and illegal transactions sprang a whole dictionary of nicknames and terms intended to hide the true intent of the transaction. This is one of the primary reasons there are so many nicknames for cannabis — Merry Jane, broccoli, herb, etc. — along with how “420“ ended up as the code word for getting together with your friends after school to blaze.

Though many more cannabis transactions take place these days out of the shadows and in consultation with a budtender in a stylish or cozy dispensary, there is some lingo from back in the day that remains. This brings us to “dub.”

The origins of a “dub”

The definition of “dub” means a lot of different things to a lot of different people. For some, it means to “nickname” or to “voice a film in a different language.” To a German person in the age of the Renaissance, it meant a puddle or small pond. It could also mean “to execute poorly” or to “an awkward, unskilled person.”

These days, most people think of it as a quality of character or dignity — she was “dubbed” a saint — or to “strike lightly with a sword in the ceremony of conferring knighthood — “the King dubbed him a Knight.”

In the cannabis world, the simplest explanation for a dub is $20 worth of weed, most often from an unlicensed seller. You’d hand over a “Jackson” (referring to Andrew Jackson’s face on the bill) or a “dub” (shorthand for “double ten”) and receive in the neighborhood of 1 – 1.5 grams of weed in a dub sack, a small plastic bag of marijuana that can fit a decent-sized nug. This should not cost any more than $20.

Now and then, you may encounter sellers offering $15 dub sacks, in which case don’t expect more than a gram of weed. And if someone tries to sell you less than a gram, hold onto your hard-earned cash.

The current etymological theory for the nickname dub in the cannabis industry has more recent origins than Andrew Jackson. Borrowed from a term popular in West Coast car culture, a “dub” is the nickname for the much sought-after 20-inch tire rim (aka double dimes), and epitomized by former NBA player and rapper Master P in a track from 2005, “I Need Dubs”:

How dub is used in pop-culture

Master P is not the only entertainer to play a role in making the word “dub” more familiar to consumers. Here’s a sampling of some other artists that have used the term in their work:

Rapper and singer/songwriter Afroman in “Afroman is Coming to Town”:

Rapper, singer and actor Wiz Khalifa in “Black and Yellow”:

The relationship between cannabis and the music industry is long and steadfast, think Louis Armstrong, Bob Dylan, Snoop Dogg, Amy Winehouse, and Willie Nelson, but there are a couple of genres where the nicknames are tangentially related but do not intersect.

One is an outgrowth of reggae from artists like King Tubby in Jamaica called “dub” — the art of rearranging and isolating elements of individual instrumental tracks to create new work. Nor does it relate to a sub-genre of EDM called “dubstep” defined by heavy bass and herky jerky beats that originated in South London in the late 1990’s.

So now we know: dub is a nickname for a gram of weed most often from the black market that costs $20. But like most things cannabis, it’s a nickname with a compelling backstory, fascinating ties to artistic culture, and a long, long history.

What does “dub” mean? originally appeared on Weedmaps.com