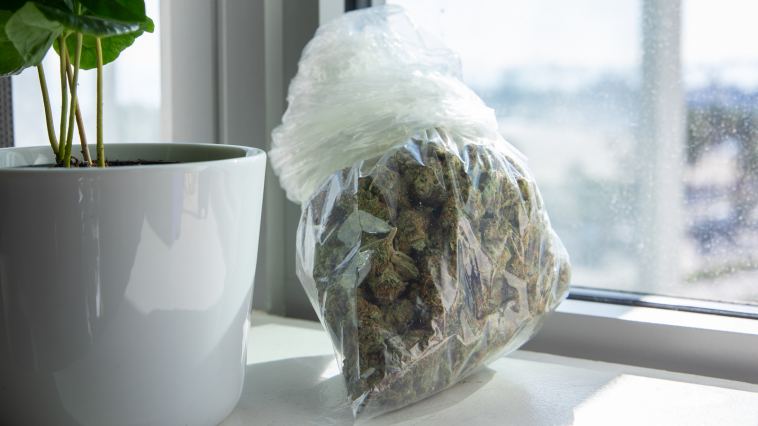 When it comes to measurements and prices of weed, lots of slang and lingo get tossed around. One that can be a particularly confusing measurement is a “zip” of weed. We’ve all asked “what is a zip of weed?”

If you’re new to cannabis or someone who partakes only occasionally, a trip to the dispensary or a conversation with your cannaseur friends might leave you feeling completely baffled as you try to learn some odd cannabis terms. There’s insider cannabis lingo on product packaging everywhere you look, and words that you’ve never heard of are used constantly by enthusiasts.

It is totally normal and natural to wonder and even ask: what exactly is the difference between a joint, blunt, and spliff? What about concentrates like rosin, budder, and shatter? And strain names — who comes up with those? Alaskan Thunder Fuck, anyone?

However, there’s a good explanation for the confusion. Prior to widespread cannabis legalization, partakers and sellers of the herb had to create, and subsequently share, insider terms — or even code words — to stand in for the actual thing or topic (in this case “marijuana”) that was considered too dangerous or taboo to discuss openly.

And much of the language that took root in the illicit cannabis market of yesteryear is finding a new niche in legal markets.

What does it mean to buy a zip?

You may already be familiar with some of the nicknames for cannabis amounts that are making their way into the mainstream, like “dime” (a gram), “dub” (two grams), “eighth” or “slice” (3.5 grams or an eighth of an ounce), and “quarter” (seven grams or a quarter of an ounce).

This brings us to a “zip” — the gold standard of cannabis measurements. One zip equals approximately 28 grams, four quarters, or eight eighths. Or, to put it bluntly, one ounce.

Familiarizing yourself with what an ounce of cannabis looks like is important since many states use the measurement to determine legal possession limits. For example, under legal pot laws in California and Colorado, adults 21 and older may possess and transport up to one ounce of cannabis. For a visual reference, consider the utilitarian Ziploc plastic bag. An ounce of cannabis fits nicely into a Ziploc, and may be what inspired the nickname “zip.”

Though it’s hard to say for certain how the term originated, some basic logic probably applies. In the US, we shorten the word ounce to “oz.” It could be that the z from the abbreviation became the new shorthand. We also know that an ounce of weed fits in a Ziploc, so a second possibility is that the Z from Ziploc caught on.

Urban Dictionary shows definitions for the term that date back to 2002. Most of the definitions cited show that “zip” is simply defined as an ounce of weed, while a more thorough definition says, “an ounce of any kind of illegal drug. Usually used as a code name by paranoid drug dealers over the phone.”

The term may not be so familiar to non-consumers, but there are a lot of artists in the music industry putting the term out there for mainstream viewing and listening. Among them, Gucci Mane, Big Sean, Playboi Carti, Nav, and the Game.

Here’s how a few of them incorporated “zip” into their music:

“A Zip and a Double Cup” from Juicy J:

“Get That Zip Off” from Wiz Khalifa:

How much does a zip cost?

Unlike the above, let’s suppose you’re not a rapper, celebrity, or spokesperson extraordinaire, and you have to give some budgetary thought to how much you can spend on a zip. How much does it cost? As with all things cannabis, it depends on a lot of things, like supply, demand, where you live, and product quality. But expect a wide price range that will vary, anywhere between $150 and $300.

While that might seem like a lot of money to fork over up front, consider that buying in “bulk” — like you would paper towels or peanut butter at Costco — saves you money in the long run when you take into consideration the per dose consumption cost.

Think of it this way: a zip weighs one ounce, the same amount as six sheets of paper, a slice of bread, or 10 pennies. With that zip, you could roll 28 – 56 joints, 9 – 14 blunts, and smoke up to 56 bowls, depending of course on how fat your joint is or how tightly you pack a bowl. One zip can go a long way.

If you are a daily consumer, a zip could last a month or more, making it a smart and economical choice. However, zips aren’t for everyone. For the occasional consumer who enjoys kicking back with some ganga on the weekend, or takes a toke or two before bedtime, it could take 3 – 6 months to finish a zip.

Unless you are thoughtful and consistent about how you store your stash, freshness and flavor will be gone long before the zip is fully consumed. For the occasional imbiber, purchasing in an eighth or a quarter is the better bet.

What is a “zip” of weed? originally appeared on Weedmaps.com