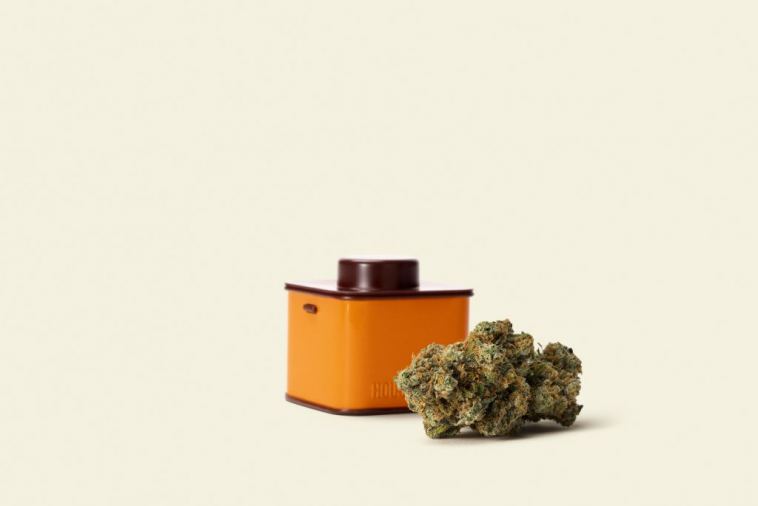 With so many great cannabis brands releasing exciting new products in new markets, it can be hard to keep track of every release. So we’re rounding up a few significant releases. This week, we look at releases by Houseplant (pictured above), Greenthumb x G Pen, VIBES, Select, High Life Fars, and Platinum Vapes.

When Seth Rogen announced that Houseplant, his weed brand nearly ten years in the making, was finally coming to California, it became something of a moment. His announcement was trending on Twitter, the traffic crashed the website, and Rogen went on a media-spree. The world’s friendliest stoner was finally getting into the weed game.

And now it’s available to order (but as of writing they were sold out). The Houseplant team is debuting with two sativa strains, Diable Wind and Pancake Ice, and an indica, Pink Moon. Also, the website is delightful. Not only can you order flower and accessories, but you can watch videos of Seth Rogen making an ashtray, rolling a joint, and explaining the importance of “portion control.”

Dr. Greenthumb and GPen’s collaboration was announced earlier this month. The latest in many weed-related projects by B-Real, this one is a collection of co-branded devices from GPen, including the Roam, Pen Dash, G Pen Connect, and Stündenglass Gravity Hookah.

We’ve covered some of GPen’s tech in the past, and bringing B-Real into the mix only makes these devices that much cooler. We asked B-Real how he hoped the Weedmaps audience would embrace the collaboration, and he said “Just like I always hope, I hope they love it. Everything I do is for my fans or customers. Sure, I love this stuff too, but I want to bring things forward for them.”

Another release from a rapper in the weed game. This one is courtesy of Berner, and instead of new weed tech, it’s keeping it old school with rolling papers. Berner’s rolling paper brand, VIBES, announced the release of a collection of organic hemp rolling papers and cones. Made from 100% organic hemp fibers and an all-natural seal (“Arabic gum from the Acacia tree,” according to the press release).

Berner has long been an important figure in the cannabis industry with Cookies, one of the largest cannabis brands known for pioneering some of the most popular strains on the planet. We asked Berner how he hoped the Weedmaps audience would embrace the new line: “I think they will just naturally stand behind it and enjoy it. The community is smaller than people think, I know the audience well. They are the culture, VIBES are now, and they get it.”

One of the most recognizable vape brands, Select, announced a new line of fruit-forward vapes called “Select Fresh.” These new vapes have the look and convenience of a disposable, but are rechargeable and eco-friendly, according to the press release. These vapes are easy to use with Select’s auto-draw GO hardware that means you just have to inhale to get it started. It comes in the following flavors:

To get into the St. Patty’s Day spirit, High Life Farms released its Mint Cookies & Cream Royal Chocolate Bar. Made with white chocolate, mint, and cream-filled cookie crunchies along with 100 milligrams of THC per bar (20 pieces, each 5 milligrams of THC).

6 new weed products you should try from Houseplant, G Pen, and more originally appeared on Weedmaps.com