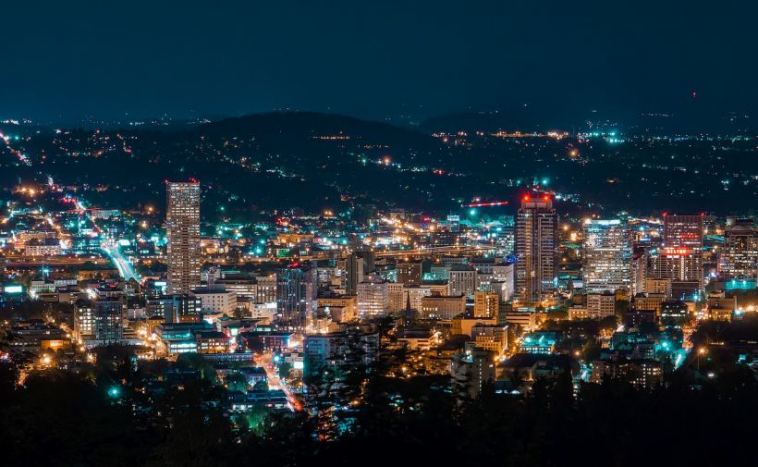 The scent of the air is changing in the City of Roses. Portland, Oregon has long been a habitat for countercultural sentiments and progressive ideologies. With the help of a certain themed TV show and the legalization of recreational cannabis, PDX has attracted legions of eager job candidates looking to toke their piece of the cannabusiness pie.

Here in the weird city, you’ll come across a spectrum of personalities on any given day — the same holds true for budtenders. After frequenting many of the city’s legal pot shops, there are some familiar characters I’ve come to expect when buying flower, edibles or concentrate.

Sigh. What would an article about Portland be without this fine group? The Hipster budtender KNOWS what they’re talking about. After selling mids out of their dorm during art school, they moved to Portland to start their vaporwave band and found themselves working in an aesthetic east side dispensary.

The Hipster views cannabis through an artistic and critical lense. They can (and will) talk your ear off about their favorite strains. This is actually a valuable way to pick up pieces of insider wisdom and help to develop your cannabis palate.

There is some controversy over listing “black market” experience when applying for Portland budtender jobs. Though many dispensary employers don’t care if their workers grew weed before it was legal, the nature of this stringently regulated industry makes it a hard line to tow.

As a teen in the 1990’s, the Badass moved from their stifling east coast town to pursue the green rush in rural California. After moving up the ranks from trimmer to head grower, they went abroad for a few years before moving to Portland and finding a job through one of their many insider connections.

Believe it or not, the Badass is one of the most compassionate budtenders out there. Their time-tested experience living and working alongside cannabis has inspired them to give back to this newly legal industry. The Badass might not talk up their experience, but they have the perfect skillset to keep customers coming back for more.

The “Too High to Function”

This doesn’t happen that often, but I have come across some particularly blazed budtenders. For the most part, these individuals are chain-stoners who probably took too big of a dab before work. No big deal. If you’re in a rush though, you may want to bypass these folks in favor of a speedier process.

The Child of the Universe

Lest we forget our spiritually motivated and kind cannabis connoisseurs. The Child found their calling teaching Bikram yoga, then discovered weed later on in their journey of life.

After significantly expanding their consciousness, they vowed to bring the message of marijuana to a store near you. The Child is the go-to person to ask about the effects of a particular strain — how it makes you feel physically and emotionally.

It’s easy to lump people into categories, but realistically, the demographic of budtenders in Portland is vast, compassionate and knowledgeable. My experience buying legal cannabis has been overwhelmingly positive and I’m excited to keep meeting new faces. But don’t take my word for it! Why not visit Portland yourself?