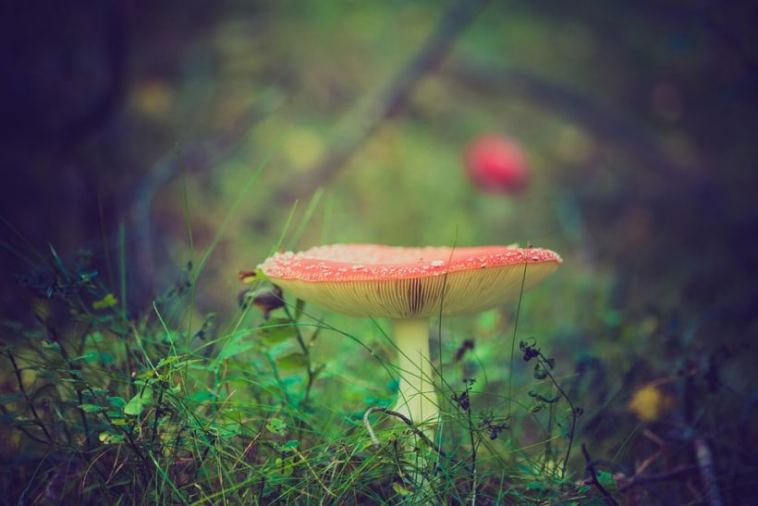 Medical marijuana isn’t the only talk in the town these days. Psilocybin mushrooms, commonly known as “magic mushrooms” have also gained popularity over the past few years.

They have become an active participant in the medical field, primarily as Psychedelics. Psychedelics trigger the state of being conscious in an individual and have various other medicinal impacts on the well-being of an individual.

Shrooms vary in nature but these mushrooms help in drastically stripping down the detrimental psychological impacts of post-cancer treatment and more. Magic mushrooms ease anxiety and depression in cancer patients, and there are studies to validate this particular finding.

Magic mushrooms also help the patients in paving their way out from a state of sheer confusion and lack of courage and discipline.

Multiple studies and researches have taken place to prove that Psilocybin mushrooms or “magic mushrooms” have a positive impact on the psychology of a terminally ill patient.

Over the past few years, Psilocybin has led to a considerable decline in anxiety and depression rates among cancer patients. However, this effect holds true when “magic mushrooms” are provided along with simultaneous and persistent psychological therapy sessions.

The researchers also enumerated it that these patients or relatively respondents experienced an immediate positive change in their psychological tendencies, which were also substantial and of a long-term nature.

The researchers ultimately found that the results of such extensive treatment were not only exceptionally well but substantial.

Researchers believe that Psilocybin mushrooms are an equally effective alternative to the pharmaceutical drugs available in the market. They fixed certain beliefs in the minds of people.

However, Psilocybin mushrooms are monitored rigorously and provided only under specified conditions. The federal government, in 2019, however, acknowledged the fact that psychedelics can prove to help treat disorders of anxiety among humans.

The research observes that it can treat pain, which occurs in cancer patients as a side effect of their active chemotherapy or treatment for the fatal disease.

In fact, according to studies, magic mushrooms target the same receptors in the brain, which are targeted by various antidepressants in the pharmaceutical market.

Researchers’ observations also include how the patients with anxiety and depression have an overzealous neuron connection. It gives rise to anticipation and uneasiness.

Psilocybin comes into play here by bringing down this neuron activity and making the individual receptive and understanding towards themselves and their lives.

This subdual of neuron activity has helped them in developing positive attitudes and outlooks towards life holistically even in the longer run.

In research that took place in the year 2016, a group of 29 cancer patients was alternatively provided with an inactive drug, niacin, or a sole dosage of Psilocybin and psychotherapy sessions.

They found out that these patients observed optimistic attitudes towards life being even after four years.

In an observation, they also found out that this also helped develop a change and a better perspective among various individuals while also elevating their spiritual well-being.

Along with this, the research team enumerated that the patients’ outlook also changed towards the people around them. Also, there was a considerable reduction in the post-cancer stress.

However, since the research group was so small, it became an impediment to the impartial formulation of a conclusion on the real-time effects of Psilocybin. No patient experienced any kind of adversity to the placebo, and the regular monitoring took place under normal conditions.

What can’t be ignored at the same time is that the same magic mushrooms can also have a harmful impact and therefore, the consultation of a doctor to gain a reliable prescription is a must.

Irrespective of this, various such experiments have taken place to derive a conclusive analysis of the impact of usage of “magic mushrooms”.

When provided along with therapy sessions, the researchers have found that Psilocybin mushrooms help bring down depression and anxiety levels among patients.

Though the clear-cut working is still unknown, the researchers preconceived it that Psilocybin fashions the cerebral functioning. It makes it more formable and hospitable to contemporary ideologies and thinking molds.

Researchers have proved Psilocybin can harmonize psychological disorganization like depression defiant of being treated, especially in cases with terminal diseases like cancer.

Like all other medications, the usage of “magic mushrooms” should also be prescriptive as they can impair an individual’s psychological well-being if consumed sparingly.

It is also important to note that Psilocybin is a medicated drug that should be consumed in a preferential setting of a psychological therapy set up.

In estimation, the World Health Organization found that depression was a more common tendency among cancer patients than regular people worldwide.

“Magic mushrooms” can thus prove magical indeed- a cure for psychological tendencies when used judiciously along with persistent therapy sessions.