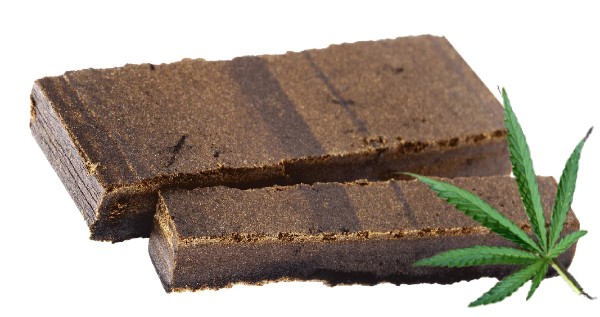 Want to get the most from your recent harvest? Try processing those leftover parts. Your cannabis trimmings are great for making hash, and it’s surprisingly easier than you might think. This article will explain why you might want to keep those trimmings, and detail exactly how to use them.

Hash is a cannabis product made from the plant’s trichomes. Trichomes are little growths on the plants filled with sticky resin. They resemble translucent hairs with a knob on the end. Hash comes from the word hashish. It describes compressed and processed marijuana material and includes more than the typical buds used in other forms of marijuana. Simply put, it is the separated resin from the marijuana plant.

Extractions from cannabis, or hash, were used in pharmaceuticals in Europe and North America since the 19th and 20th centuries until governments outlawed it (and other cannabis products) in the early part of the 1900s. It has much deeper roots in other parts of the world, however, namely Africa. Many believe hash was present there in the first century CE.

Hash has been refined since then, of course. Nowadays, there are multiple types of hash, and different ways of making it, including dry sift hash, ice water (bubble) hash, and various other techniques.

The Benefits of Making Hash

Hash has many advantages over “regular” marijuana, especially if it’s well-made. If you make it yourself, you can rest assured that it is high quality and safe because you were in charge of the entire process from start to finish. This is doubly true if you grew the marijuana plants yourself.

Want to make the best hash? Grow the best weed! Learn how in my Marijuana Grow Bible.

Making your own hash is a safer choice than buying it, whether from a dispensary or from somewhere else. It also happens to be a more economical choice. You can easily create high quality hash for much less money than the cost of buying it, even when you take into account the entire expense of growing your own marijuana. If you want to save your budget and still have safe, high-quality hash, making your own is the way to do it.

How to Grow Just One Marijuana Plant at Home

Make your own high-quality hash at less cost when you grow your own marijuana plants! Feeling overwhelmed and not sure where to begin? Start out with growing just one plant.

Grow your own marijuana plants from which you can make high-quality hash! Buy seeds of your favorite weed strains from our shop.

Buy Marijuana Seeds
Homemade hash is the best hash you can get. With just a little effort, you can transform your average weed plant into high quality, highly potent hash. Keep reading to find out how.

How to Make Hash: 5 Easy Ways

There are several different techniques for making at-home hash, simply select the one that works best for your skills and the tools that happen to be at your disposal. These methods are some of the easiest to try.

This technique which uses both ice and water is sometimes called the “bubble” technique. It isn’t hard to learn how to make ice hash from trimmings. You need a bucket of ice water, stir continuously and add the weed. This can be done either with trimmings or with buds, although buds will produce higher-quality hash.

When you stir the weed and ice water mixture, the resin glands break off into the marijuana. Pour the entire mixture through a bubble bag, which is a very fine mesh strainer bag. The bag will collect the resin glands. These bubble hash tips will give you high-quality hash.

The dry sifting method begins by freezing and fully curing your marijuana. Make sure it’s cold; the colder it is, the easier those resin glands (trichomes) will break off. Using a screen, lie the weed across it. Spread out the weed and break it up.

Using a silkscreen, spread the weed around by shaking it. Ideally you should either put the screen in a box or make sure it has some kind of raised frame around it so as not to lose those precious pieces. The hash will go through the screen, which you can then collect.

Instead of using a silk screen to turn dry trimmings or buds into hash, try using a tumbler.  A tumbler is an electronic device that shakes your trimmings around and sifts them through a fine screen. You can expect a very nice, finely sifted collection of hash afterward, without going through all the effort of doing the dry sifting method by hand.

However, it probably isn’t worth investing in a tumbler if you are only producing small amounts of hash; it is probably less effort to do and clean up after the traditional screen method. Tumblers work best for large quantities of trimmings.

If you have a blender and some trimmings and buds to spare, give the blender method a try. First, fill up the blender halfway with plant matter. Then, fill it up with cold water and ice. Blend for 45 seconds, or as much as a minute, at full power, then let it sit for a few moments. Do this again a handful (three or four) times. You will get more hash the more times you repeat.

Pour the mixture into a large bowl using a strainer. This will get rid of most of the plant matter, but not all. Then, get a coffee filter and pour the remaining mixture into a jar, filling it about 65% full. Pour more water through the filter to fill the jar, letting the solids collect on the bottom for an hour. Remove it after an hour and gently pour out the top 65%, so you keep the matter at the bottom, but get rid of the excess water.

Using a funnel and a coffee filter, slowly pour the rest of the mixture into another jar. The idea is to collect the hash from the coffee filters. It may be easier if you dry it on the filter before removing it with a spoon or credit card.

Hand rolling is a simple yet effective technique. First, wash and rinse your hands thoroughly. Roll the buds between your hands while harvesting the plants. The hash gets stuck on your hands after doing this for a while. Now you can scrape it off your hands into a container. Squish the material  into a little ball (or a big ball, if you have a lot of buds to harvest).

Ready to harvest marijuana? Learn how to do it correctly in my Harvest Guide.

Hand rolling is not limited to harvesting time. You can also use this method on already dried and cured buds.

There are several massively useful tips to remember when making at-home hash. First of all, when freezing the plant matter, make sure you freeze it well. Plant matter that is only cold — but not frozen — will not do well when making the hash.

Third, if you grow marijuana regularly, try letting the plant matter collect over time. This is especially the case if you already are trimming your plants as they grow. Collect that plant matter and keep it stored somewhere, but don’t turn it into hash just yet. Wait until the end of the grow season (or end of the year, depending on how much you’re planning to grow) and then turn it all into hash in one go. This will make the most hash and will be the most efficient as well.

Feeling confident to make your own hash? Start with growing your own marijuana plants. Buy high-quality seeds from our seed bank.

Buy Marijuana Seeds
Finally, to make the highest quality hash possible, after you’ve used the dry sift method, rerun it over a screen at 90 microns and then again at 73 microns. Do this separately. This will separate the hash from the plant materials, giving you an even more pure product.

Have you ever made hashish from marijuana plants that you’ve grown yourself? What’s your favorite method to use? Tell us in the comments!

FAQ About Making Hash from Trimmings

What strains are best for making hash?

If you have no idea where to begin, we recommend Gorilla Glue #4, OG Kush, NYC Diesel, or Harlequin. Choose your strain based on your growing environment and desired effects.

What is Dry Ice Hash?

Dry ice hash is an inexpensive, effective way of making hash. Some people say it makes a better hash than the other methods. To do it, you’ll need dry ice, dried or frozen plant materials, bubble bags, and safety equipment (such as goggles and gloves).

What parts of the cannabis plant is best for hash?

Hash can be made from male plants, fan leaves, sugar leaves, or dried buds. If you’re going for the best hash possible, dried buds are the way to go. However, hash is one of the few useful things for those other parts of the plant.

Read How to Make Hashish From Trimmings on I Love Growing Marijuana.

How to Make Hashish From Trimmings originally appeared on ILoveGrowingMarijuana.com