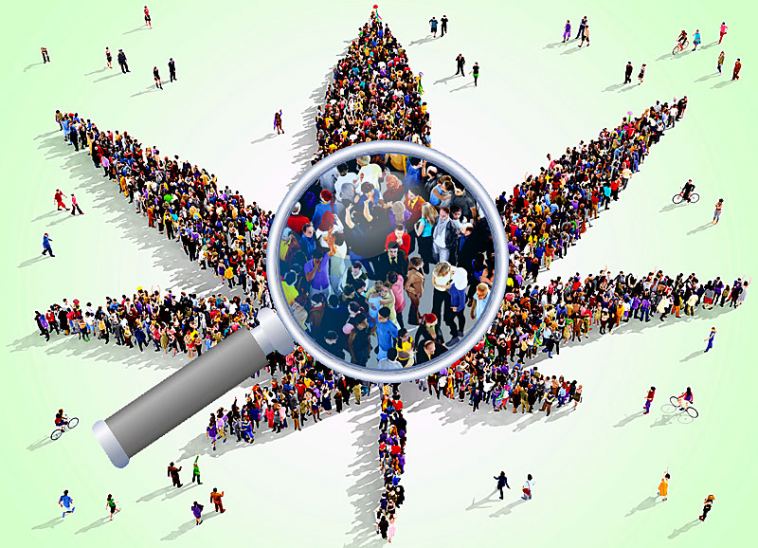 A largely hidden sector is showing the biggest boom in job creation in the U.S.

A highly diverse industry with a variety of skill requirements is overpowering the energy sector. Industry is leading to the economic growth through job gains.

This rapidly growing sector is having real time job openings. Though Cannabis is legal only in two-thirds of states, its variety of service roles speaks for its uniqueness.

This industry stretches from direct full-time-equivalent jobs to indirect and induced full time equivalent jobs which could be categorized as: service and retail; professional and technical; labour and physical.

Business and employing remains the strongest base in cannabis industry as investment. On the other hand, hiring indicates business confidence which requires long-term investment of time, effort and money. Majority of employers hiring in the Cannabis industry ranges from small to medium business that cultivate, process and sell the products.

According to a recent Cannabis radar report, “In 2019, more than 211,000 Americans support their families and communities with legal cannabis jobs.”

Increasing demands and jobs have set some expectations as per now, In December 2017 there were 858 job listings which in December 2018 were increased to 1,512 cannabis related job openings. That is 76 percent year-over-year increase.

Some states that have had legal adult use cannabis for a long time have now opened the stores and are now seeing the growth in cannabis jobs.

As more states continue to legalize cannabis for adult and medical use, the number of jobs will rise exponentially. Half of the workforce is made up by the professional and technical workers, such as accountants, lab workers, marketers and tax experts.

What do the Stats say?

According to a 2019 Report by Leafly,

Do you see any growth in the Cannabis Industry?

There has been a rapid growth in this industry from past few years. From employment to legalisation of cannabis in various states the graph has gone higher.

The bureau of labour statistics recently compiled a list of the industries with the fastest growing employment figures and their expected growth over 10 years:

The 110% growth in cannabis jobs will have happened over just three years.

Which state has huge scope in cannabis?1

It registered the largest percentage increase in cannabis full time are operating jobs.

Medical marijuana dispensaries where opened which increased the rate of employment.

Cannabis Experience Expert will be needed to experienced cannabis consumers who know how to run a restaurant and create an entertaining environment for enjoying cannabis.

Compliance expert will be in charge of identifying which businesses operating legally and which are not. Any offences that fall under the state’s new cannabis legalisation laws will be removed from people’s records.

Cannabis industry even after such suppression over the years remains a substantial and unrecognized engine of grassroots job creation. The change in numbers from 12,0000 workers to 211,000 in two years itself declares the pace of the growth.

What does the report say?

According to Cannabis jobs report the industry posted job gains of 44%. The year prior, the job gain rate was 21%. The growth shows no signs of slowing down.

As mentioned earlier, if cannabis job gains follow on at a conservative 20% in 2019, that will represent a 110% gain in full time jobs in three years.

Views of the industry experts

“I feel like cannabis is opening up a whole new economy.” – Granger

Naomi Granger is founder of Dope CFO, which supports creation of online accounting jobs in the cannabis industry. On the other hand, Matt Hansel, a medical practitioner and researcher at Greenthevoteok said – “CBD has brought a revolution in the Cannabis sector flourishing it with abundant job opportunities.” He thinks that opportunities in cannabis can increase more rapidly with the legalisation issues resolved.

Beau Whitney, the Oregon based economist and founder of Whitney economics has been actively involved in the job count of cannabis industry. Even many of the government economists are working to quantify these jobs.

Most of the industry experts seize the legalisation of cannabis industry as an opportunity to flourish the economy.

Nick Colas, co-founder of DataTerek Research, said “US marijuana legalization is a rare example of disruption creating jobs rather than destroying them.” He expects pot-related job creation to continue as more states legalize the substance. He called cannabis “the fastest-growing labor market in the U.S.”

Barcott, deputy editor of Leafly, said that the industry obscured 211,000 cannabis-related jobs in the United States in 2018 in what he calls the Cannabis Industry as one of the country’s fastest-growing sectors.

According to experts view the cannabis growth is subjective to the legalisation of medicinal marijuana and will soon become a massive job creator.

The readings found that the job openings in the cannabis industry are growing rapidly with a variety of skills and background needed. The job requires both professional and technical services.

It’s future might be relying on the federal legitimisation but currently nothing is standing in the way of its vast paced growth. However, if the federal government legalize the cannabis industry, the hiring and investing in human capital will increase, by the time this will signal the confidence of cannabis industry in the long run.

Michelle Miller is a Florida-based writer and graduate of UF College of Journalism and Communications, Gainesville, FL. She’s been writing about Cannabis since 2014. When not writing about cannabis, she enjoys hiking to new places and playing guitar.