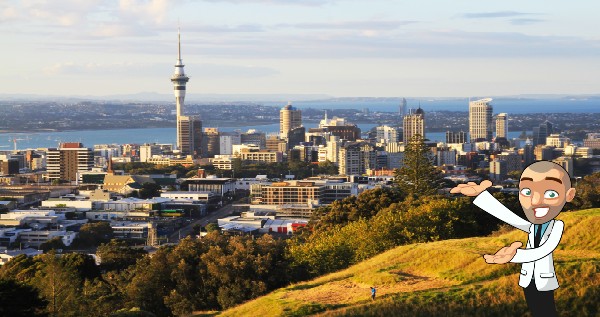 Because laws in New Zealand haven’t quite caught up with the times yet, growers and weed enthusiasts will need to get a little bit creative to access the cannabis seeds they need. Luckily, we live in a global society, where seed banks can ship genetics to countries all over the world, usually discreetly, so nobody knows what is in the package.

The main question for people living in New Zealand is which reputable seed banks ship all the way there. This article will cover the laws, the possible seed banks that ship there, and additional information that might be useful for New Zealand weed connoisseurs and growers. Get ready; NZ weed seeds are right around the corner!

Information About Seed Banks that Ship to NZ

Can you Legally Purchase Cannabis Seeds in New Zealand?

To summarize New Zealand laws simply, it is illegal to use cannabis. This is despite the fact that about 13 percent of Kiwis are estimated to smoke pot. 13% might not sound like a lot, but it ranks ninth in the world for countries that do not allow the use of marijuana in their national laws.

Because it is quite common, most cops will not be too picky about you using it unless you make it blatant or they are having a particularly bad day (and you are incredibly unlucky).

It is worth noting that a jail sentence is not out of the question if you have bad enough luck, so be careful. It is best to smoke in private rather than in public because of this. It’s also worth noting that allowing others to smoke on your property could get you jail time as well.

While there was a referendum to legalize recreational cannabis in late 2020, it failed by a thin margin — at only 50.7% voting “no.” That said, medicinal marijuana is legal in New Zealand in some capacity. However, it remains quite strict and only allows specific amounts of cannabis-based medicines.

Those planning to grow marijuana in New Zealand should first understand the different types of marijuana seeds. You could just buy any old pack of seeds, but the savviest customers will understand a thing or two about what they are buying first.

In this case, that means learning about the different types of seeds that are out there. Start by learning the difference between indicas, sativas, hybrids, feminized seeds, and autoflowering seeds. When you’re looking for a suitable seed bank for NZ, you’re going to want to know about all this to determine whether the seed bank truly has what you’re looking for or if you should reconsider your order of cannabis seeds to NZ.

Marijuana seeds are just the first step. Learn how to grow potent cannabis in the free Marijuana Grow Bible.

Cannabis indica is popular among many types of marijuana enthusiasts. These plants are usually shorter but often have higher THC levels than sativas. Indicas typically give users a body-centered high, which generally translates to a noticeable relaxing of the muscles and an enjoyable, chill high. They work well for symptoms of anxiety, pain, nausea, and insomnia.

Sativas typically are bigger plants, meaning they are often better to grow indoors where they won’t be visible to anyone who happens to glance in that direction. A sativa high is usually more energizing and uplifting, affecting the mind more so than the body. Some people smoke sativas to stimulate their creativity. Sativas often have greater amounts of CBD compared to THC.

The Different Types of Cannabis and their Differences

Know the basic differences of the various species of the cannabis plant to help you make the best decision for your own growing preferences.

The most common strains on the market these days are ones that are a combination of the two above species — sativas and indicas. In general, you’ll see a percentage of how strongly a given hybrid strain leans in one direction or the other. Usually, a hybrid exhibits features from its more dominant species, but not always — you can often get interesting combinations of characteristics in different hybrid strains.

Marijuana seeds, if left in their natural state, produce both male and female plants. When growing marijuana, you want all-female plants to get the best yield without seeds mixed in. Before feminized seeds were common (and reliable), growers had to identify and remove the male plants before they could fertilize the female ones. Nowadays, you can simply buy feminized plants to guarantee that they will be females, so you won’t have to worry about such things. If the word “feminized” is in the strain’s name, you should receive all female seeds.

Autoflowering marijuana strains are usually the result of combining genetics with a Cannabis ruderalis strain since they are naturally autoflowering plants. Cannabis ruderalis is not useful for consumption by itself — and won’t get you high. However, in combination with other strains, it makes for a strain that will automatically reach the flowering stage without needing the light to change first (unlike all other marijuana strains).

So, any seed with the word “autoflower” or “auto” means it will automatically reach the flowering phase in a matter of a certain period of time — usually somewhere between 8 and 10 weeks. These plants are also smaller and more compact, and that in combination with their shorter life cycles, they make them more practical in many ways.

Factors to Consider When Choosing a Seed Bank

Reputation is essential when looking for an online seed bank, which is the next best thing to an actual NZ seed bank. You’ll want to check for seed banks with a high Trustpilot rating or other reviews that show how trustworthy it might be. In general, better-established seed banks are better; some have been around for more than two dozen years! Most seed banks won’t last that long if they don’t have something good to offer, which is also an indicator that it’s a reputable choice.

Many online seed banks offer perks such as free delivery for specific locations or above certain order minimums. However, even more important than the price of shipping is the discretion and stealth used when sending your valuable package. Because of New Zealand laws, it’s vital to ensure that your package will not reveal what is inside. Find an online seed bank that emphasizes stealth shipment and has positive reviews from people who live in places where secrecy is a must.

Lastly, but certainly not least importantly, is the selection of seeds available. Reputable seed banks should offer a wide variety of different strains for all sorts of climates and environments. Most good seed banks will have all of these on hand and offer a filter for viewing only certain types of seeds — whether that means seeds that grow best in temperate environments, autoflower seeds, pure indicas, seeds high in CBD, or some other specification. This helps you peruse the suitable options effectively rather than wasting time reading about seeds that don’t apply to your situation.

The Best Seed Banks that Ship Weed Seeds to NZ

I Love Growing Marijuana (ILGM) has a very high Trustpilot rating (9.4 out of 10) and offers other useful perks like a guarantee on its seeds. That means it will either refund you or send you free seeds if you end up with seeds that don’t germinate (as unlikely as that might be). Better yet, ILGM offers tried and true stealth packaging, making them successful in places with more archaic marijuana laws (including those in New Zealand).

ILGM also ships everywhere, including New Zealand. So, if you’re wondering where to get weed in Auckland or Wellington, or even the less populated parts of New Zealand, ILGM will be the simple answer to that question. They have great customer support and very informative descriptions of their multitude of strain options. ILGM has been around for more than two decades– and there’s a good reason for that! They are an excellent and trustworthy seed bank.

We got some amazing seed deals! Buy 10 seeds and we’ll give you 10 seeds for free – with guaranteed shipping to New Zealand!

Crop King Seeds offer free delivery on big orders ($300+) and has a very high germination rate of about 80%. Their seed bank offers good visuals to help understand what each strain is all about, including ranking systems (with “crowns”) and information about THC and CBD levels. Crop King is ideal for beginners, which can be a blessing or a curse. But if you’re ordering seeds online for the first time, this is definitely a blessing.

Marijuana Seeds NL, or MSNL, is another seed bank that does a good job with stealth shipments. It has been around since just before the turn of the millennium, so it is also very well established in its field and can be relied on for having solid seeds and top-quality strains. If you’re trying a new strain, MSNL will also give you new seeds, making it an excellent value for many people trying different and new strains they have never grown before. Their delivery isn’t the fastest, but it is reliable, and your treasure will find its new home.

Have you ever had marijuana seeds shipped to New Zealand? Share your experience with us in the comments section!

It’s just a plant, after all …

Read Seed Banks That Ship to NZ on I Love Growing Marijuana.

Seed Banks That Ship to NZ originally appeared on ILoveGrowingMarijuana.com