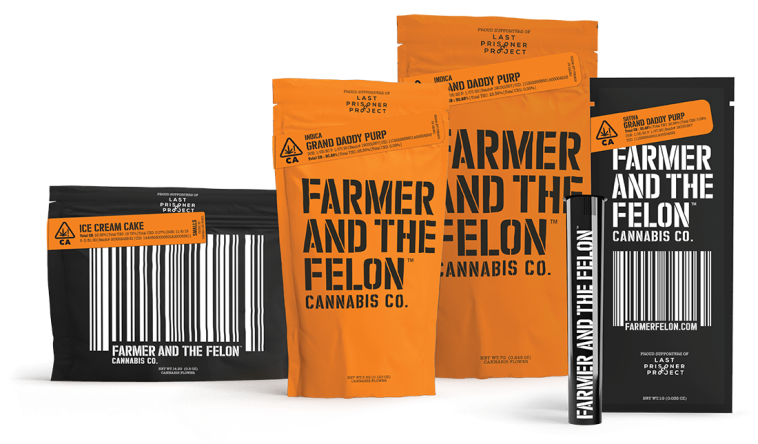 It shouldn’t need to be said, and yet it does: there’s more to weed than THC. Much more, though you wouldn’t know it on account of how tricky it can be to get a good eighth, half-ounce, or full ounce of bud clockin’ in below 25% THC.

As both a smokable-flower enthusiast and frequent visitor to dispensaries across Orange and LA County, I can’t tell you how many times I’ve gone into a shop and received a backward glance at the counter because I asked for bud in the 14 – 17% range.

Like so many other good things in life, cannabis just feels better when it’s analog. When cannabis is grown under the sun, you often get a more complex and diverse expression of cannabinoids. That’s why, on a day-to-day basis, I gravitate toward sungrown flower that tests around 15 – 17%. THC is still the lead player, but its solo register is both tempered and amped up by a kick-ass backing band — you feel me?

I wasn’t always an evangelist for sungrown mids. It all came into focus for me when my local dispensary started selling Farmer and the Felon’s UNLOCKED flower – “sungrown weed that does the trick for a great price” — available in eighths, quarters, and ounces.

Find Farmer and the Felon

Farmer and the Felon is a brand from the CannaCraft family, named after founders Ned Fussel (“The Farmer”), prolific cannabis cultivator, and Dennis Hunter (“The Felon”), an industry veteran who served prison time for growing cannabis. By my estimation, the brand’s UNLOCKED flower line most exemplifies its mission to provide top-notch, sustainably grown cannabis for the everyday toker.

Since I noticed it on the menu last year, I’ve been semi-regularly picking up UNLOCKED ounces from my local dispensary. The simplicity of the packaging — a white, sealed bag with an UNLOCKED “stamp” on the face, accompanied by an orange sticker with strain info — is consistent with the “no frills, just good weed” vibes that Farmer and the Felon is going for. Whether it’s tested at 12%, 18%, or 26% THC, every bag has emanated a fresh, rich, complex aroma immediately upon opening. The nugs have always been vivid and well structured with minimal wear and tear. Exactly what you want from an ounce that’s going to last in your stash for a while.

That said, here’s a recap of my experience with three different UNLOCKED strains: Sour Star, Sour OG, and Kush Cake.

Clocking in at 14.75% THC — and 16.61% total cannabinoids — Farmer and the Felon’s Sour Star is a sticky bud with a pungent, gassy, skunky-sour flavor and sweet earthy undertones. I smoked a joint of it and hit the Long Beach boardwalk on a weekday afternoon, met with a milder high for sure, but deep and omnipresent. I felt more in tune with all my senses, which brought on its own type of metaphysical invigoration and mild body relaxation. It hit deep behind the eyes too, and it felt good to close them for a moment as I walked along the beach and opened them again as my gaze met the glistening ocean, one of the great visual lubricants available for a good cannabis high.

As the saxophone flourishes of David Bowie’s “Win” pumped through my earbuds, I caught one of those little pseudo-psychedelic visions of a silverfish fluttering through the silver mini-waves in front of me. In the distance, the Long Beach skyline looked like some hazy matte painting in a cyberpunk beach movie. Just one of those times when you hit the right green frequency and feel in tune with the reality of everything all at once as it flows in nice and easy.

Over the weekend I smoked a joint of UNLOCKED Sour OG, taking things up a notch with 23% THC and a total cannabinoid count of 26%. Still a fairly even-keeled if not slightly more invigorating high than Sour Star, it offered up a deep body relaxation and head-clearing effect that streamlined my racing thoughts into something concise and tangible. Its sour citrus-diesel flavor came through strongly in the smoke, pungent and exceptionally tasty with every exhale.

An evening walk around the block — the clear, vaporwave dim-orange sky faintly glowing over the streets all operating on a quiet river’s hum. That stoney thickness comes in around the temples and behind the eyelids, my thoughts starting to feel less like crashing waves and more like serene ocean ripples. A high so good it’ll make you want to look away from your phone and just take it all in.

For those who still want a solid dose of THC with the added benefits of a sungrown cannabinoid and terpene profile, Farmer and the Felon’s Kush Cake is sure to please. With 25% THC and 29% total cannabinoids, my quarter-ounce of Kush Cake was all super tight, dense nugs covered in semi-frosty trichomes. The doughy, berry-skunk aroma was less pungent than the other two UNLOCKED strains right out of the bag but really came through strong after going through the grinder.

I started things off with a few puffs from my dry flower vaporizer in the afternoon and I immediately felt like my head was filling with green helium from a cartoon, then it quickly sloped back down, coasting on a syrupy, stoney breeze. A couple of hours later, I rolled a joint of Kush Cake and took a slow stroll, toking methodically to get the full force of the flavor. It was a harsher smoke than the other two UNLOCKED strains — it definitely gave me a mild case of dry mouth, but no less enjoyable overall. The scene outside behind my brown shades was fuzzy yet vivid, like a 4K remaster of a grainy cult film from the ’70s.

Once back home, I sank into a delightful couch lock. For the next two hours, my mind buzz felt like swimming through a gooey sea of thought and sparking synapses, finally drifting back up to mental homeostasis with a faint but no less lovely tingling afterglow.

Listen, if THC’s your thing, far be it from me to crash your party, man. I’m hardly above the occasional (or not-so-occasional, depending on the month) 29 – 33% strain or high-powered infused pre-roll, especially if it’s from a cannabis brand I trust. The thing is, cannabis is a plant containing multitudes, each strain bringing a whole universe of unique psychoactive experiences. THC is a huge part of that, but not without the innumerable effect profiles of other cannabinoids and terpenes that distinguish every bud.

Since spending my nights in the company of Kush Cake and Sour Star rolled into joints with a little bit of CBD flower to ease the flow and keep things chill as hell, I’ve been awash in the lo-fi rhythm of sungrown bliss. Finding Farmer and the Felon’s UNLOCKED ounces feels like I’ve found a loophole in the whole system: the full force of the analog cannabis high, in bulk, at a great price.

Featured image courtesy of Farmer and the Felon

We tried it: Farmer and the Felon’s UNLOCKED sungrown flower originally appeared on Weedmaps.com