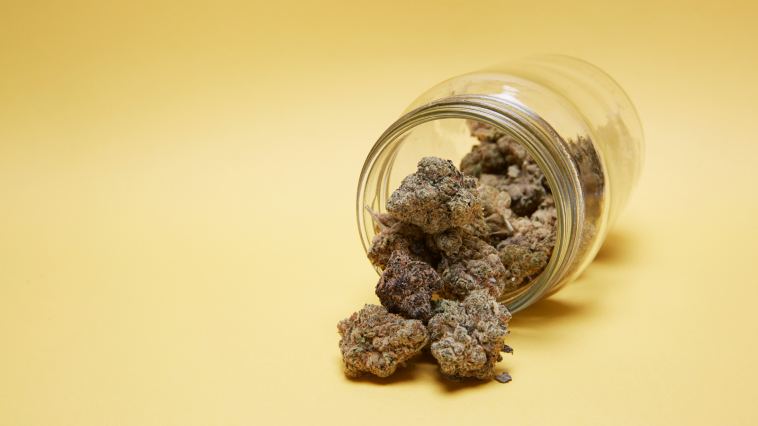 Long before cannabis prohibition came to an end in Canada in 2018, our neighbors to the north had a robust illicit market with a long tradition of outstanding cannabis cultivation, especially in the province furthest to the west, British Columbia.

During the Vietnam War, some 30,000 conscientious objectors made their way across the US border and into Canada. At least a few of those individuals had pockets full of cannabis seeds, which were soon planted in the fertile grounds of Vancouver Island, Fraser Valley, and the Okanagan. These crops grew into high-quality, potent, and flavorful bud, aka BC Bud.

Like so many other cannabis terms specific to the culture, “BC Bud” eventually turned into the term “beasters.”

Where’d the term “beasters” come from?

The story and origin of the beasters nickname is up for debate. Some believe that beasters aren’t grown in Canada at all, and are a cheap version of the not-very-potent, easy-to-grow, M-39 strain cultivated in warehouses operated by gangs in Asia and shipped to Canada — who then send these “no-love buds” to the U.S.

Perhaps the epic quality of genuine BC Bud caused confusion about what a beaster actually is. Could it be the slang-term for the good stuff illicitly shipped to the U.S. from British Columbia? Is it mass-grown in a greenhouse in some rural province, or is it a general term that encompasses all Canadian weed that has made its way illegally to the US? Is it really grown in Asia and shipped to Canada?

At least in the early 1990, beasters were thought to be Canada’s version of brick weed, described as a poorly grown, badly managed and harvested indica-leaning hybrid of Northern Lights and Skunk strains. Despite the poor taste and potency, these early beasters were still an improvement to the cannabis making its way up from Mexico, which tended to be dry, full of seeds and twigs, and lacking flavor and potency.

And though beasters grew quickly and were visually appealing, they were subprime cannabis plants where growers placed making money ahead of cultivating a high-standard, potent crop — qualities for which authentic BC Bud is so well-known.

In our current cannabis culture, beasters could probably be defined as middle-of-the road weed that simply comes from Canada. To the schooled eye, beasters are pretty easy to differentiate from other buds and have some predictable effects.

Visually, beasters have few seeds or stems, as well as a nice shape and noticeable trichome crystals, as well as orange, purple, and green hues. Beasters are known for a smooth toke and decent taste that will bring on a couchlock body high true to its indica lineage.

They’re also known to be semi-potent with THC percentages typically 15—20 percent. While these levels may not be a big deal to experienced consumers, those new to beasters will want to take it slow.

If, in fact, beaster plants can be traced back to the M-39 strain, consumers could expect an experience that leans into its indica-like qualities. Though the strain can bring on a good mood while being super relaxing, it can bring on the munchies before putting you to sleep.

Growers like M-39 for its relatively short (eight-to-nine weeks) flowering period, its mild aroma, and resistance to mold. When grown with care, M-39 can produce rich, resin-coated buds and a strong limonene terpene profile.

For the cost, beasters are a decent buy. Expect to spend anywhere from $50-60 for an eighth, depending on where you live.

What are beasters? originally appeared on Weedmaps.com