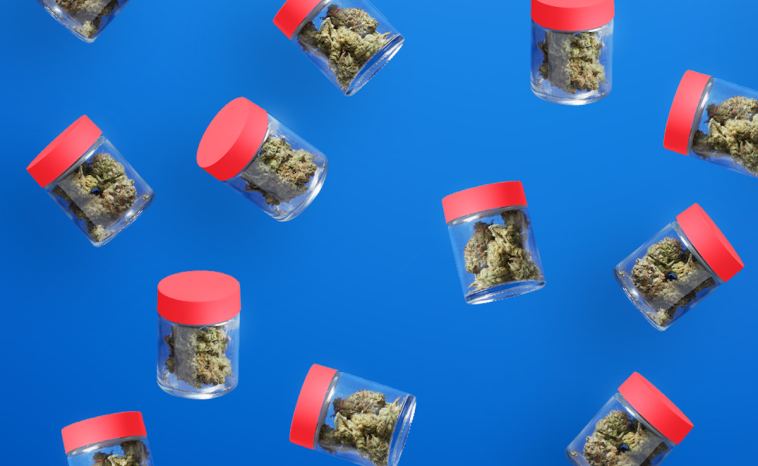 Since making a splash in Southern California in 2018, love for the Runtz strain has spread far and wide. Today you can find it everywhere from Seattle to Tel Aviv. It’s one of the most searched strains of all time, mentioned in well over 100 rap songs, and its popularity continues to grow.

White, pink, purple, and even banana — the OG Runtz strain has morphed and multiplied, but where did this strain come from? How did it become so popular? And how many Runtz strains are there today?

Runtz is what happened when Ray Bama and his partner Nick decided to cross Cookies’ Gelato genetics with Dying Breed Seeds’ Zkittlez. When it came time to sample two phenotypes, #3 and #7, they knew within minutes they were on to something big.

“To make a legendary strain, it has to be something new. You have to have innovation. You have to dial it in. You have to check all the boxes,” Bama told Leaf Nation. “I feel like Runtz took it to a whole other level of candy.”

The new strain creation had a trifecta they knew would set it apart: look, smell, and flavor. When naming the new strain, the two decided to play off the unmistakable fruity aroma, the bud size, and its Zkittlez parentage and quickly landed on the popular ’80s-era fruit-shaped candy by Nestle.

Rounding out their team with LA-based rapper Yung LB, the trio soon came to be known as the “Runtz Crew.” After a soft premier of the strain at the December 2017 Santa Rosa Emerald Cup — which included three pounds of Runtz, 1,000 t-shirts, and five models — Runtz started to get noticed.

If you trace the level of interest on Google, it seemed that Runtz really hit the public scene in March 2018, and by utilizing a tried-and-tested marketing approach, the strain’s popularity soon blew up.

When it comes to marketing cannabis, celebrity association and rap lyric references are two of the most effective ways to get a new strain out there.

The Runtz crew already had ties to the Cookies fam, a widely known international cannabis and lifestyle brand with rapper Berner at the helm, and took a page from his book when it came to introducing Runtz to California. Cookies can perhaps be credited as the brand that refined cannabis marketing through music, and harnessing the power of rap has solidified a long line of Cookies strains: Khalifa Kush, Girl Scout Cookies (now GSC), and Sherbet among some of the earliest.

Rapper Yung LB, who is now almost synonymous with the strain and coined the catchphrase “Runtz yo life up,” got the word out through his lyrics and social influence. Rapper Nero — credited for the White Runtz phenotype — soon started offering lyrical support to the Runtz crew. Between the two of them, there are over a dozen songs featuring the strain. And outside of the official crew, there are over 50 songs named after the strain and well over 100 featuring Runtz in the lyrics.

When Runtz’s boutique growers could not keep up with demand, the strain was officially added to the Cookies lineup in 2018, allowing them to make use of the company’s infrastructure to ramp up cultivation. Runtz might have been hard to find outside of SoCal for a minute, but as part of the rapidly expanding Cookies franchise, the strain is making its way across the US with international stores in Israel and soon Canada.

What are Runtz’s effects and how does it smoke?

With a slew of awards under its belt, the OG Runtz strain owes a lot to its solid genetic parentage. A cross between Gelato and Zkittlez, Runtz has managed to capture the subtleties that make its parents great.

“I didn’t breed Runtz, but my genetics created the unique and powerful strain,” Jai Chang (also known as Jigga), Cookies co-founder and Gelato breeder, told Weedmaps. “It’s the Gelato strain that is responsible for its distinctive look and flavor with its unmistakable creamy, gassy taste.”

Zkittlez is known for offering an eruption of fruitiness both on the nose and on the palate. It’s a cross of Grape Ape and Grapefruit and has passed its fruit-forward identity on to Runtz.

The culmination of Gelato and Zkittlez genetics produces a flower that is sweet as candy and overtly fruity but unmistakably complex with undertones of creaminess and gas. Runtz’s small-medium frosty buds are also a visual treat, ranging in color from bright greens to pinks and purples to nearly black depending on when and how it’s grown.

Since 2018, the Runtz strain has grown quite the family tree, and the OG strain has parented dozens of unique and popular strains.

Runtz offerings made by Cookies have been kept fairly minimal with a few phenotypes falling under its official umbrella:

While the genetics of another official Cookies offering, Azul Runtz, is shrouded in mystery, it’s believed to be a cross between OG Runtz and Blueberry Muffin.

And, now that other breeders outside of Cookies are working with Runtz genetics, there are dozens of crosses to choose from:

In 2020, we also saw the viral sensation of Obama Runtz, but whether or not its genetics actually had anything to do with Runtz remains unclear.

It’s not all fun and games when it comes to this hugely popular strain. Counterfeit cannabis is a thing, and Runtz has seen its fair share. Slap some Cookies-like branding on a product and call it Runtz — sadly, it happens when strains become so monstrously sought after.

Additionally, strains that choose to give fairly direct hat tips to existing brands can run into copyright issues. It’s why strains like Girl Scout Cookies have changed to GSC and it could be an issue for Runtz down the road.

Some cultivators and sellers are already making pre-emptive changes to the Runtz name. California’s Glass House Farms has gone from Runtz to R*ntz, to avoid possible copyright infringement actions and simultaneously tackle the issues around how using popular candy names might appeal to the underaged.

What’s next for Runtz?

In addition to launching a full clothing line, Bama has big plans for Runtz. “We’re doing collabs with clothing lines, record labels, artists — anything you can think of, really,” he told Leaf Nation.

“We’re probably looking at another five to ten years of the market being dominated by Runtz and Runtz crosses, Runtz sisters, and stepchildren.”

Where did Runtz strains come from? originally appeared on Weedmaps.com