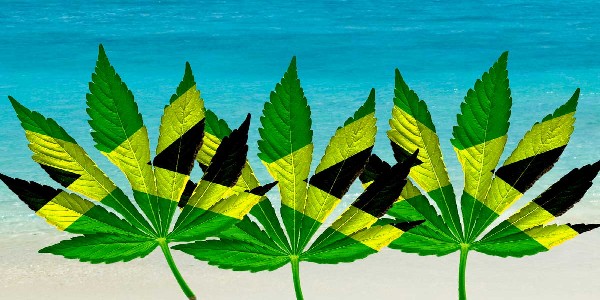 Mention the beautiful island country of Jamaica, and most people think of sun, sand, Bob Marley, reggae music, a laid-back culture—and marijuana. The locals call it ganja, a term that derives from the Sanskrit word for treasure.

Is Weed Legal in Jamaica?

Marijuana plays a vital role in Jamaican religion and culture. Weed is an integral part of Jamaica’s image. When you visit, it’s common to see marijuana leaf images on Jamaican tourist souvenirs and flags. Walking on the beach in Jamaica, tourists may be offered jewelry, artwork, or even a joint by local vendors. Although weed is not technically legal in Jamaica, the country has done an excellent job convincing the rest of the world that the true ganja meaning is Jamaica.

One reason why marijuana is associated with Jamaica is the Rastafarian religion. Rastafarianism, for those unfamiliar, is described by its followers as a religion, mindset, social movement, and way of life. Rastafarianism originated in Jamaica and combined Protestant Christianity with Afro-centric beliefs and traditions. Those who follow it called “Rasta or Rastafari” often utilize the herb in their religious sacrament. However, not all Rasta smoke cannabis, nor do all, or even most, cannabis smokers follow the Rastafarian religion.

Our resident social butterfly, Jenny Bloom, went to Jamaica to study the relationship between Jamaica and marijuana, meeting some interesting people during the process. In her ebook, Ganja Livity, she summarized her experience with Rastafarian culture.

“…Rastafarianism has no definition because it is too diverse. I believe the same can be said for marijuana in Jamaica in general. There is no universal Jamaican marijuana experience.”

The Cannabis plant is not native to Jamaica. It was brought there originally by indentured servants arriving in the then British colony from India. This explains the Sanskrit origin of the word ganja, which a common name for marijuana. Although not indigenous, the cannabis plant thrives in this Caribbean island’s fertile soil and humid, tropical climate.

Ganja means weed, but it also means marijuana and herb. Jamaicans smoke it, eat it, and water ‘vaporize’ it with a chalice.

With the fertile soil and tropical climate in Jamaica, you can definitely grow your own marijuana. Buy high-quality seeds from our seed bank now.

Types of Weed in Jamaica

Sativas, a type of cannabis that produces an energetic effect, thrives in Jamaica.  There are also indica strains and hybrids, which result from breeding an indica with a sativa. Additionally, some hybrids may have qualities that are either more indica or more sativa. You may find some hybrids, but you will likely have difficulty finding an indica strain in this tropical climate.

Sativa and Sativa hybrids are typically uplifting and mood-enhancing, providing a ‘head high.’ They also usually have higher THC levels compared to CBD. Many cannabis users enjoy the stimulating effects of the sativa high and report increases in productivity and creativity. Appropriate for daytime use, most people use sativa and sativa hybrid strains during social settings, artistic projects, or physical activity.

Sativa strains are tall and thin in stature with narrow leaves. The plants can grow up to 12 feet tall. They have longer flowering cycles than Indica strains and are best suited for warm climates with a long growing season. The long flowering period of the Sativa plant makes Jamaica’s tropical environment a perfect match.

Sativa strains of marijuana take their precious time to flower and thrive in tropical climate – which make them ideal to grow in Jamaica.

In Jamaica, weed is sold by the stalk, with its seeds and buds still on the stem. The stems are hung to dry and sold. High-quality ganja has stalks that are dense, firm, and moist. When multiple stalks are pressed together, they stick “like glue,” as Tony, a Jamaican Rasta, explained to Jenny on her visit.

How Much Weed Can I Legally Possess?

Is Pot Legal in Jamaica?

It is not. It is, however, decriminalized. That means there are some rules concerning its use, possession, and sale. It’s also only decriminalized for the personal use of small amounts. Possessing up to 2 ounces of marijuana is considered a petty offense. It does not go on an individuals’ criminal record and is only punishable by a maximum $5 fine.

Residents can also grow up to 5 cannabis plants per household. The law also permits the religious use of marijuana by Rastafari-practicing individuals as well as medical marijuana usage. This law makes Jamaica the first country to legalize marijuana use for religious purposes, specifically those of the Rastafarian faith.

Download my free Grow Bible and grow your own medical marijuana in Jamaica!

Where Can I Legally Consume Marijuana in Jamaica?

Is it legal to smoke weed in Jamaica? Not really. Smoking marijuana in public places is technically prohibited and may carry a fine of up to $5. However, most visitors and residents will tell you – you’re unlikely to get in trouble if you are discrete. It is legal to smoke on private property and in licensed dispensaries.

In Ganja Livity, Jenny Bloom wrote about smoking joints and spliffs with other tourists and locals on the beach with little trouble, although it was still officially against the law. You can’t smoke everywhere, though. Security guards at tourist resorts may ask guests to leave a resorts’ stretch of beach. This is especially likely if it is a higher-end all-inclusive or marketed as family-friendly.

Bringing Weed Purchased in Jamaica to Another Country: Is It Allowed?

Enjoying marijuana in Jamaica is one thing but leaving and entering with it is another issue. Jamaica has strict laws about drug trafficking to avoid residents or visitors bringing cannabis into and out of the country. All marijuana purchased in Jamaica must be used and consumed in Jamaica.

It is illegal to smuggle cannabis into or out of Jamaica. If you have marijuana left at the end of your travels, don’t keep it. Instead, locals suggest tourists donate, gift, or sell it to someone else. If you attempt to bring it out of the country, you will face much larger penalties than the petty offenses described above.

Ready to grow your own marijuana in Jamaica? Start your marijuana journey by exploring our wide seed selection.

Read Is Weed Legal in Jamaica? on I Love Growing Marijuana.

Is Weed Legal in Jamaica? originally appeared on ILoveGrowingMarijuana.com