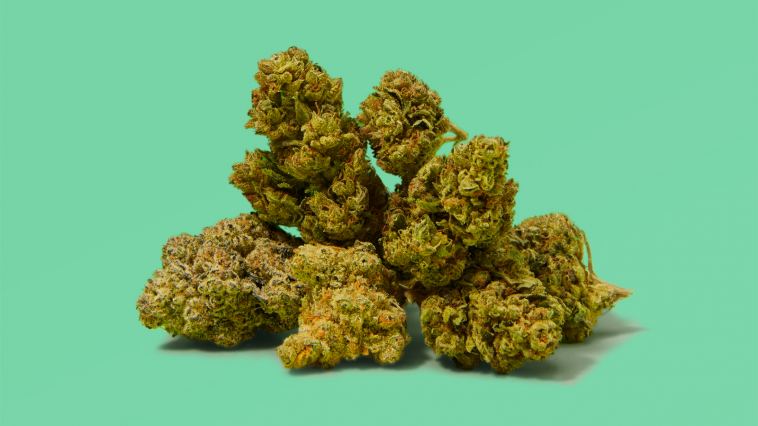 Determining the best strains of all time is like trying to pick the best songs of all time. There’s an endless amount of factors, epic contenders, and at the end of the day, it all comes down to a matter of taste. However, like songs, certain varieties of flower undeniably shine above the rest. These strains, regardless of their current availability, have shaped the modern market and today’s popular products.

One of the most incredible things about cannabis is its unending versatility. Its ability to morph into a mind-bending amount of varieties is what makes this meditation on the best strains possible, yet it’s also what makes it difficult for strains to maintain their original high and integrity. Once a strain becomes popular, versions are hybridized and grown by a multitude of growers and brands, flooding the market with flower that may not even resemble the original cut.

Genetics get watered down over time and cross-bred into oblivion. As with NY Sour Diesel, which revolutionized the cannabis market in NYC in the late ’90s and early 2000s, great strains are ephemeral. While still popular, the Sour Diesel you’re picking up at your local dispensary doesn’t hold a candle to the original cut Manhattanites were paying $100 a gram for in 2007. However, not all legendary strains have faded over time. Many of those that made this list are alive and well and readily available.

To determine the best strains of all time as well as what makes a strain “great,” we spoke to some of the most knowledgeable experts in the weed industry and the growers behind the strains themselves.

What makes a strain great?

While there are numerous factors that contribute to a strain’s greatness, the defining characteristic of a great strain is the smell.

“It’s all about the terpene profile,” says Aaron of DNA Genetics, a weed legend responsible for some of the most famous strains — LA Confidential, Tangie, Holy Grail Kush just to name a few — and sought-after genetics in the world. “Flavonoids, terpenes, aroma, smell, taste. Those are the most important things to me right off the bat.”

Chiah Rodriguez, the second-generation cultivator behind River Txai Farms, a Mendocino operation distributed by Arcanna Flowers, puts an equal emphasis on the flower’s smell transferring to the flavor of the smoke. When asked what makes a strain great, Rodriguez shared, “High terpenes and something that has a unique nose and kind of hits you in the face when you open the drawer.”

She continued, “Once we’re done growing a new strain, I like to roll it into a joint and do a dry hit — that to me is the most fun part. It’s important in this dry hit that you’re tasting what you’re smelling. If the flavor carries through when you smoke it, that’s indicative that you have something really good.”

In addition to a stellar terpene profile that carries into the smoking experience, a balanced cannabinoid profile is key as well. For Julia Jacobson, CEO of the Mendocino-based, environmentally-conscious brand Aster Farms, potency comes second to a great cannabinoid profile. “For me, it’s really not just about potency,” she said, “it’s about the actual balanced effect that I’m getting. And it’s about having a really deep high, as opposed to that kind of superficial thing that you get when something’s been juiced for potency. For us, it’s looking at the strains that are not only high in THC, but also have a really positive, kind of radiating effect, with terpenes that offer a more complex high.”

The final contributing factor that can make a strain great is its influence on the weed world at large. These strains rose to popularity because of their unique terpene profiles but went on to be cultural phenoms in their own right, helping to shape products and crosses we enjoy today.

Check out some of the best strains of all time — according to experts.

With its astronomical price tag, cult following, and stellar terpene profile, NYC Sour Diesel revolutionized the NYC weed world when it exploded on the scene in the late ’90s. To discuss the importance of this strain, we went straight to the source and spoke to the man behind the legend, AJ Sour Diesel.

“The Sour Diesel was a bag seed that came from Chem Dawg in the mid-90s,” said AJ. “Some people, myself included, put it out there and made a lifestyle out of it … It just blew up and became a cultural icon.” He continued, “It was a specialty product because New York had a specialty market that allowed for that product to exist. It probably couldn’t have existed in many other places because there wouldn’t have been a market and opening in the market for something like that. It was a very expensive product compared to what else was around, and what was coming from Canada, California, and other places.”

As a college student new to New York in the late-2000s, I can personally attest that AJ’s Sour Diesel cut was far and away the most coveted strain, only available to the who’s who of Manhattan weed heads. With a $100 per gram price tag, exceptional high, and aura of influence, it remains one of the best highs and best flowers I’ve ever encountered.

While the original cut lives up to the reputation that precedes it, the Sour Diesels of today vary greatly. “There’s a lot of faux Sours out there,” explained AJ. “But some of them are actually pretty good. Sometimes someone will give me a call and say, ‘yo, I think this is the original Sour.’ And I’ll get a cut and grow it out. It never is, but it’s still really good. When it comes down to it, there’s no real authentication process, and I can’t go around checking. So, who knows?”

Aside from being a personal favorite, Maui Wowie made the list of a number of our experts. With a piney, peppery profile and a high that’s equal parts uplifting and stress-neutralizing, it’s the perfect strain for daytime use.

When Aster Farms’ Julia Jacobson’s tolerance to NYC Sour Diesel was getting too high to properly benefit from its effects — which tends to happen when you smoke the same strain every day for 12 years — she turned to Maui Wowie for support.

As she elaborated, “Maui Wowie was my go-to to when I had to wean off the Sour because my tolerance was getting too high. Since I’ve been in California, I would say Aster Farms’ Maui OG is my newest everyday go-to because it has that radiant effect, allowing me to live my life and do all the things I want to do while still feeling high and getting the medicinal benefits I’m looking for.”

Next up we have the breezy, tropical strain behind the recent surge in flower with an orange, citrusy nose. A cross between California Orange and a Skunk hybrid, Tangie has been a hugely popular strain in the past few years for its euphoric, uplifting high and tangerine dream profile.

To break down why Tangie is so special, who better than the man responsible for the strain itself — Aaron of DNA Genetics. “As the guy who pushed Tangie out into the world, I’m going to throw it on my list,” he said. “Though I don’t personally love Tangie, I love all the wow factors it has. I would say it checks every box in terms of factors that make a strain great.”

He continued, “There’s the aroma, the appearance, the flower structures, the concentrates that it makes. I mean, she brought orange back into the world. That orange flavor, that tangerine taste and smell; before this, it was lacking in the market, and wouldn’t have existed without her.”

OG Kush is one of those strains that’s a banger without contest. When asked what strain they would pick if they could only smoke one for the rest of their lives, half our experts chose OG Kush. Pete Pietrangeli, the VP of Cosmic Distribution, responded immediately and without hesitation, “OG Kush. I don’t even have to think about it.”

OG Kush was born in the late ’90s when a cut of Hindu Kush from Amsterdam was crossed with unknown genetics from Northern California. Gassy, skunky, and spicy as shit, OG Kush is a stellar strain with a heady, relaxing, and euphoric high. The cut went on to spur tons of famous West Coast strains, like Bubba Kush, GSC, and Headband and is considered hugely influential in shaping the strains we see coming out of the California weed market.

The inclusion of OG Kush also brings up the conversation surrounding the yield of a strain and how that plays into it being great. For growers like Aaron of DNA Genetics, it plays a huge role. “I definitely think OG Kush needs to be in there,” he said. “It checks all the boxes like aroma, bud structure, taste, etc. The one thing I would say is that, like LA Confidential, it doesn’t really check off the box in yield. But it’s got everything else.”

Last but not least, we have Super Silver Haze, undoubtedly one of the best sativas of all time with a legendary legacy to match. A cross of skunk, Northern Lights, and Haze, it rose to prominence in the late ’90s and was the first prize winner at the High Times Cannabis Cup in 1997, 1998, and 1999. Not only does it have a great terpene profile of pepper and citrus, but the high is also extremely energetic, euphoric, and great for getting shit done.

While it’s not a cut you often see these days, Graham Farrar, CEO of the Santa Barbara-based greenhouse brand Glass House Farms, wants to change that.

When asked about the best strains, Farrar replied, “Super Silver Haze is the first strain that really comes to my mind. I’ve literally been growing it for 25 years. We just had a batch of Super Silver Haze that came out at 31% THC, which is pretty fucking radical for a sativa like that.”

He continued, “It’s a phenomenally pretty strain because the trichome coverage on it is usually really good. It looks sugar dipped. It was one of the first High Times Cup winners back in the day. I remember seeing it on the cover, and it was one of the original strains that just blew you away. Strong, consistent, it’s been in my life as long as cannabis has.”

The best strains of all time, according to experts originally appeared on Weedmaps.com