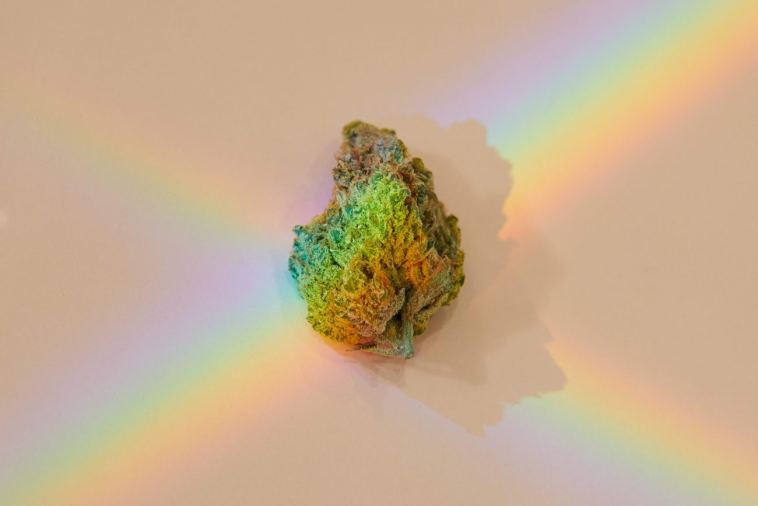 420 is the single most recognizable thing about cannabis culture. And it wouldn’t exist without a group of hooligans named the Waldos who got together at 4:20 pm every day to get stoned and go search for a secret patch of cannabis.

Recently, I hopped on a call with Waldo Dave Reddix and Waldo Jeff Noel to discuss the Waldos origin story, as well as some of their favorite strains during the early 1970s and 1980s.

The Waldos are a group of five friends from Northern California. The members include Steve Capper, Dave Reddix, Jeffrey Noel, Larry Schwartz, and Mark Gravich, better known as Waldo Steve, Waldo Dave, Waldo Jeff, Waldo Larry, and Waldo Mark. They all met at San Rafael High School, and the “Waldos” nickname came from a wall they’d hang out by outside of the school.

In 1971, the Waldos were blessed with a treasure map from a Coast Guard member. Apparently, he had planted a hidden patch of weed somewhere in the woods but was abandoning it, so he handed them a map that was supposed to lead directly to it. Every day for weeks, the Waldos would get together at 4:20 pm in front of the Louis Pasteur statue to get high and head out for the search — hence the name.

Did they ever find that mythical patch of ganja? Nope. But in that time, they did invent one of the most important codes in cannabis culture: 420.

“We went out there daily for weeks and weeks,” said Reddix. “We finally came to the conclusion that we’re not going to find this. The map was so ambiguous, it really didn’t give you any real clues to where this place was. We finally said, ‘Hey, why don’t we give up on this?’ It was getting close to when the crop was going to need to be picked or it was going to go bad. We’re not finding this, but we have found a new secret code that we can use in front of teachers, cops, family members, or whatever.”

These are the strains that made 420.

A lot of the weed that the Waldos smoked during the invention of 420 were South American and Mexican landrace strains. “There really weren’t a lot of strains back then. Most of them were Mexican and South American,” Reddix said.

“It was the location, not brands. Guerrero, Oaxaca, Jalisco, that’s where the stuff actually came from. Nowadays, you see Purple Dream and Sugar Bears,” Noel added.

By the late 1970s and early ’80s, the Waldos told me that they started to get into strains that had actual names. Panama Red was one of the first named strains they smoked. It’s a sativa cannabis strain that originated in Panama and has a citrus and earthy flavor profile. It’s known to potentially produce an uplifting and euphoric type of high.

“My favorite [strain] back then was probably Acapulco Gold,” said Reddix. Acapulco Gold is a landrace strain that is native to Acapulco, Mexico. It is known for its pungent woody, earthy, and coffee-like flavor profile.

Smoke some Acapulco Gold and you might feel a mix of uplifting and creative effects, which makes it a great strain for daytime use.

Colombian Gold is a location-named strain from the South that the Waldos were smoking. It’s a landrace strain that grows in the Santa Marta Mountains of Colombia and is a sativa, like most of the cannabis strains from that part of the world.

Colombian Gold reeks of skunk, citrus, earth, and pine terpenes. The high is intended to make you feel happy, relaxed, and uplifted.

Eventually, more landrace strains were discovered and brought over to Northern California for cultivation. Hawaiian sativas and strains like Maui Wowie (or Maui Waui) started growing in popularity. “The first really potent weed was the Hawaiian strains,” shared Noel.

Maui Wowie is a Hawaiian landrace strain born in Maui, Hawaii. It has a sweet, tropical terpene profile, and the effects tend to be very potent. It might have you feeling happy, relaxed, and uplifted. Waldo Dave and Waldo Jeff told me that it was one of the first strains that really packed a super punch.

The Waldos were big fans of Thai sticks. Thai sticks are flower on a stick, wrapped in weed leaves, and tied together with a hemp string. They were made with Thai weed, which refers to landrace cultivars from Thailand.

Thai strains are thought to be pure sativas. The flowers usually kick out an earthy, spicy, and lemony type of terpene profile, while the effects most commonly make people feel uplifted, creative, and energetic. This is why strains with Thai genetics are often recommended for daytime use.

The strains that made 420 originally appeared on Weedmaps.com