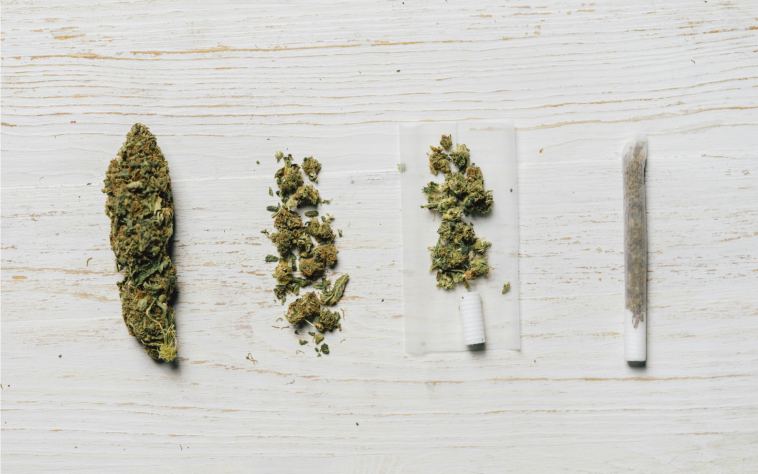 Cannabis giant Trulieve committed $5 million to a new amendment that would legalize weed for all adults. But what about homegrow and social equity?

On August 19, a proposed constitutional amendment to legalize adult-use cannabis in Florida was filed with the state elections office. The proposal has a long way to go before it reaches the statewide ballot (in 2024), but it’s already causing some controversy. Even among those in favor of legalization, not everybody is a fan of how the new law would legalize the plant.

The Smart & Safe Florida political committee says the proposal would let anyone over 21 “own, buy, or use marijuana products and marijuana accessories for personal, non-medical use.” The only problem: There are no provisions that allow homegrow, or give social equity applicants support in the state’s expensive licensing process.

The Florida Constitution has a strict single-subject rule regarding citizen initiatives. This prevents the new amendment from addressing issues such as record expungement, social equity, or homegrow.

The proposal’s authors have said those issues will be addressed later. But with the new bill not slated to hit the ballot for two years, many patients, activists and local operators want more assurance before fully getting behind it.

Here’s why the bill is getting pushback

With more than 740,000 people registered as medical marijuana patients in Florida, The Sunshine State is currently home to America’s largest medical-only population, and its third largest legal market overall. But that huge pool of patients are stuck shopping in one of the country’s most limited supply chains.

The proposed bill would end Florida’s requirement that cannabis businesses be vertically integrated, with one company controlling the entire process from seed to sale. But it still leaves most local business owners and legacy operators boxed out by high barriers to entry. And most adult users would then be stuck with the same limited options that medical buyers have been complaining about for years.

That’s why many residents were quick to tweet their lack of approval for the new amendment last week.

“I will not sign this ballot initiative, and I will likely not purchase from @Trulieve any more. Huge disappointment. #TruThieves,” wrote one homegrow advocate on Twitter. Many users on the /Florida Reddit page also passionately rejected the bill.

Trulieve gives its side of the story

In response to the strong pushback, Trulieve insisted that it supports home cultivation. “(Homegrow) couldn’t be put in this version if we want to get past the Supreme Court,” the Trulieve account tweeted last week.

Leafly spoke to Trulieve spokesperson Steve Vancore for more insight. “[The] Smart & Safe campaign had to choose a very narrow lane and are legally only able to tackle one issue at a time,” Vancore said last week.

“As these ballot items are extremely expensive, and upon advice of counsel, they chose the option that would benefit the most Floridians and was a logical and legal first step. It is our intention to support a homegrow amendment in Florida in the very near future.”

Most Florida residents would love to just get legalization over with. But struggling markets like Colorado and California have shown that being first isn’t always best.

Florida’s high barriers have made licenses as valuable as lottery tickets. Many go for the tens of millions, with MedMen famously paying over $50 million for a license in 2018. For cultivators, Florida’s application fee alone is $60,830.

All Florida license applicants must show proof that they’ve run a business in the state for five years before applying. And if that doesn’t eliminate most, you’ll also need access to $5 million in assets or insurance coverage. That’s just to be considered for a license.

It’s not all sunny in Florida’s weed industry

Florida’s MSO-friendly laws have made it one of the country’s most problematic markets in the country. In 2019, a Florida court agreed that the vertical-only model that was used when Florida legalized was unconstitutional. And patients agree that the quality they find in most dispensaries doesn’t stand up to illicit or out-of-state options.

“I’ve gotten some really bad weed,” a patient who goes by Moses told Leafly. “Hopefully with Cookies, Jungle Boys, and people like that coming in, the quality will improve,” he added. For now, Moses says he’s stuck with buds that he would give a “C-minus” grade overall.

The situation is made worse by a continued ban on homegrow. In most other medical states, legalizing the homegrow of a limited number of plants protects patients from high prices and lackluster supply.

Recent data shows that most homegrowers (73%) harvest 1-3 times a year. About 63% of their harvests yield less than 2 pounds, and the rest are less than 1 pound. It costs less than $500 and five hours a week for most growers to cover their own consumption. While some see those homegrown grams as lost tax revenue, they could actually be a wise option that benefits both patients and the long-term marketplace.

Another major issue the bill leaves unsolved is this: Florida’s blatant neglect of Black farmers. In the Pigford settlements, thousands of Florida’s farmers won federal class action lawsuits against the state after decades of agricultural discrimination. These farmers were awarded the right to compete with each other for just one license way back in 2016.

Six years later, they’re still waiting for the state to deliver the single license that was promised. That license is projected to be worth about $50 million.

Who’s behind this amendment?

Both parties anticipate other MSOs will support the amendment and are optimistic it will pass through the Florida Supreme Court. Then it will need to qualify for the ballot and receive support from Florida voters.

Trulieve committed $5 million of seed funding to support the campaign, while David Bellamy acts as the head of The Smart & Safe Florida political committee.

“With this initiative, the authors have taken a hard look at the Supreme Court rulings surrounding the previous efforts and taken that into consideration,” Trulieve CEO Kim Rivers told The News Service of Florida in an interview. “We believe it’s a very appropriate and narrowly focused amendment that does defer appropriately to the Legislature,” Rivers added.

Here’s how the new law would impact Floridians

You can read the full four-page proposal here. If passed, the new measure would:

For the changes to become law, supporters will need to gather roughly 900,000 signatures from registered voters for the measure to be included on the 2024 ballot.

If voters approve the new plan, state politicians will get the final word on exactly how Florida’s legal cannabis market will take shape.