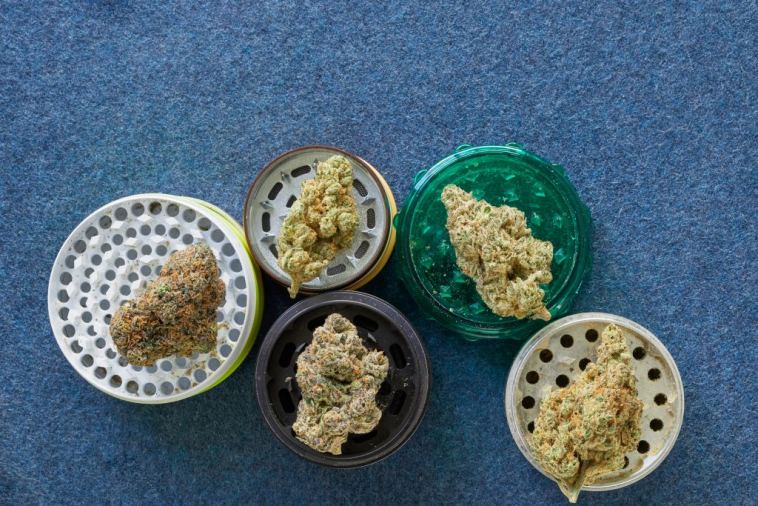 This month of The Drop, Dante Jordan’s column rounding up all the can’t-miss strains from the best brands and growers, looks at anticipated releases from Cookies, Veritas, and No Mids.

Another month, another round of strains for you to smoke.

Here are six strains you should cop in June.

Pee-Yew is a new Cookies creation. It’s a cross of Animal Face and Kush Mints, so off top, you already know there’s going to be some gassiness in its terpene profile. Cookies describes Pee-Yew’s scent as grape candy, gardenia flowers, and gas. On the taste, Pee-Yew will coat your mouth with grape candy flavoring that lingers well after you’re done smoking.

I had a joyful high that left me feeling uplifted and motivated. Because of that, I think Pee-Yew is an excellent option for daytime smokers.

Veritas Fine Cannabis is a big dog out there in Colorado. It’s constantly dropping new strains and flavors, so you’ll never get bored with its weed offerings. A new Veritas drop that’s coming to a lung near you: Blood Orange.

Blood Orange was bred by AK from Higher Grade, and as you can infer from the name, it has a citrusy flavor profile. Specifically, Blood Orange’s flavor is described as citrus with spicy and floral complements thanks to high amounts of caryophyllene, linalool, and humulene. With that flavor profile, there’s a decent chance Blood Orange may hit you with a strong dose of daytime inspiration.

Zanna is the new kid on the block. The brand debuted with some classic strains like Cereal Milk, Georgia Pie, and more. The flower is definitely high quality, and the Zanna pre-rolls are an excellent way to try it. If you do, grab up that Jealousy pre-roll. And at some point soon, Zanna will be rolling out its own in-house strains.

Jealousy was bred by Seed Junky Genetics. It’s a cross of Gelato #41 and a Sunset Sherbet backcross. Jealousy typically has a sweet and earthy taste, but honestly, to me, it tastes like some straight-up dank. Jealousy’s high hit me with some heavy body effects and relaxation.

THC Design is kicking out a new strain: Log Cabin.

Log Cabin was bred by Phinest Cannabis. It’s a cross of Lemon OGKB and Biker Kush and has those lemony terpenes. On the nose, you will detect a mix of spicy and citrus aromas. On the tongue, Log Cabin leaves a lingering flavor of earthy pine and diesel.

This strain often tests high in myrcene, caryophyllene, limonene, and linalool. The effects were potent and made me feel a little bit hazy and relaxed. Snatch up some Log Cabin if you’re in California.

Sundazed hit the California market a few weeks ago, and now it’s coming out with three different strains as pre-rolls. One that you should definitely peep is Daydream.

Daydream is a Biscotti (GSC x Gelato #25 x South Florida OG) rename. This specific batch was grown by Kenji Fujishima, head of cultivation at EJF, Inc. Kenji is well-known for growing some of the best weed in California.

Daydream’s flavor profile can be described as sweet and vanilla and it tests high in caryophyllene, linalool, humulene, and limonene. When I smoked Daydream, I felt a dose of relaxed euphoria that made everything feel just a little bit better.

No Mids in Washington state is well-known for its top-tier flower. Shit hits. Soon, it’ll be dropping a new strain for your head tops called NFSheesh.

NFSheesh was bred in collaboration with Seattle cannabis breeder Solfire. It’s a cross of North Fire Cookies and Bahama Mama. No Mids has been growing the strain for about four months, and it’s already a new staple. NFSHeesh has a sweet and gassy, Cookies-type flavor, and its terpene profile features an abundance of caryophyllene, limonene, and myrcene.

On the effects side, NFSheesh gave me a stoney head high that left me uplifted, happy, and creative. It was heavy enough to get me stoned but didn’t leave me feeling too lazy and sluggish afterward. Cop it if you’re in Washington State.