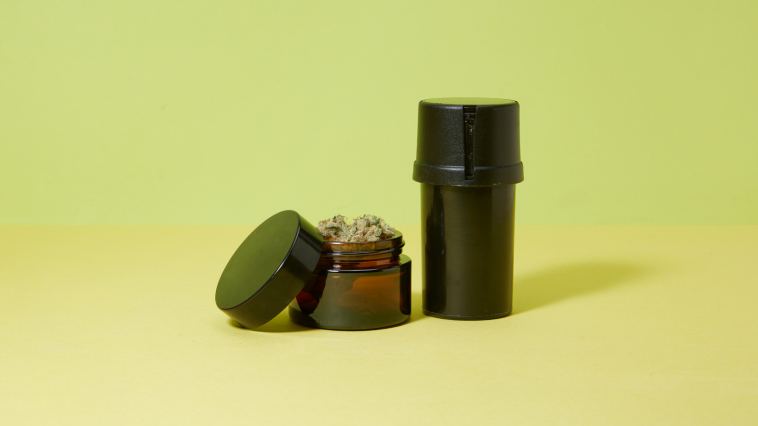 Every modern cannabis consumer can probably agree on one fact: weed can be really expensive. While many consumers want the type of top-shelf bud that earns them bragging rights among friends, is it always worth it to spend the extra cash? Of course, no one wants sad crumbly shwag with a THC level that wouldn’t even impress your grandpa. Enter mids – the glorious goldilocks of weed.

Some of your stoner friends may rag on mids given their undeserved bad reputation. Part of me understands as I, too, would love to smoke only the best weed all the time. But there are a number of issues with ruling out mids when shopping for weed: it’s kind of elitist, it’s not budget-friendly, and depending on your needs, it may not always be necessary to buy top-shelf.

What exactly does mids mean?

The term “mids” basically refers to weed that’s not the worst you’ve ever had, but certainly isn’t the dankest, either. It’s the C+ student of weed. While the term has no clear origin, it seems to have grown in popularity over the last decade, often used to shame other people’s weed.

According to Ted Lidie, founder of Alienlabs, “Whether it comes from unknown origins, doesn’t taste or burn good, has poor bag appeal, or doesn’t affect you like you hoped it would, the term mids has become a catch-all term for poor quality products.”

He explained that this wasn’t always the case, and mids were once used to describe weed that was actually middle-of-the-road in quality. “There was high grade, hydro, or chronic for the true top-shelf stuff, mids or reggie for the middle of the road stuff, and schwag or brick for the real low-shelf products. Green bud was another term we used for decent quality before the term mid became popular to use.”

“Today, calling something ‘mids’ likely means it’s just not good. ‘Mids in mylar’ has also become something of a meme in the past few years because of the influx of products being moved and marketed in mylar bags that are not true top-shelf quality,” Lidie added.

Mids look, feel, and smell like average weed. When searching for good weed, it’s important to look for an array of colors within the buds. Brownish weed with no distinct shades of green, orange, or purple should be avoided, as well as weed with no visible frosty trichomes. Mids should never have seeds, mold, or any funky discoloration, as those traits would indicate that the weed is absolute ditch weed.

Neither top-shelf weed nor mids should feel dry and crumbly to the touch, higher quality buds will typically feel stickier and spongier. And a decent bag of mids shouldn’t be too wet or soft, which often suggests that the weed wasn’t dried or cured properly. Similarly, nugs that are rock hard or overly airy are lower quality and should be avoided.

Smell is probably the easiest way to determine if weed is mid-level when shopping at a retailer. No, mids won’t smell as loud as the most expensive bud available, but they should still smell pungent and full of distinct terpenes. Always do a smell test before purchasing and never buy weed that is musty or gives off any quirky smells.

Why buy mids over top-shelf?

If you refuse to buy anything other than top-shelf cannabis, you could be missing out on solid weed at a great price point. As Graham Farrar, President & Chief Cannabis Officer of Glass House Brands and CEO of Glass House Farms, put it, “The definition of ‘mids’ is really up to the consumer. Personally, I prefer terps and flavor over THC content, both for the smoking experience and for richness of effects.”

What one consumer may call mids another may call loud, so the term “mids” truly lacks meaning when used critically. Farrar added, “I’d happily smoke delicious tasting 18% weed over bland 30% weed. Someone else might think anything under 25% is ‘mids.’ What I like best might be ‘mids’ to someone else, and vice versa, and we would both be right.”

And while a $65 eighth might be worth it in some cases, an eighth that costs half that price would suffice. If you’re looking to use weed to help cope with chronic pain or illness, top-shelf bud is your best bet. Or maybe you love a specific strain by a certain cultivator and it makes you feel amazing, in which case you should totally splurge on it.

But if you need some moderately good weed to roll up and share at a party, mids are the way to go. Making weed brownies? Use mids. Want to get reasonably stoned but not ripped so you can be productive? Mids. In any situation where you need weed that is sensible both in price and quality, mids won’t let you down.

“There’s a place in the market for all kinds of flower for all kinds of people: it’s all about finding the experience you’re after,” said Farrar. Like most things in life, it comes down to what makes you feel good.

What are mids? A guide to moderately good weed originally appeared on Weedmaps.com